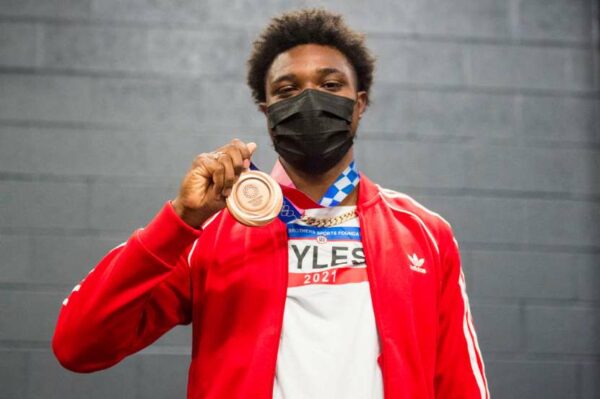 Blink and you’ll miss it. Alexandria’s Noah Lyles broke the American record in the 200 meter race at the track and field World Championships in Eugene, Oregon, on Thursday (July 21).

“This year, all me and my coach was talking about was we’re going after that record,” Lyles told reporters after the race.

The 25-year-old Lyles also won the race in the 2019 World Championships in Doha, Qatar.

Lyles, the winner of the bronze medal in the Tokyo Olympics, is a 2016 graduate of T.C. Williams High School (now Alexandria City High School).

Congrats to Alexandrian @LylesNoah the new holder of the American record and a World Champion!https://t.co/cn7caOAPjF

Ladies and gentlemen, with you, the King of the 200 meters at the Oregon 2022 World Championships in Athletics…

✅Defended my Title
✅200m sweep
✅AMERICAN RECORD
✅made it through the storm pic.twitter.com/M48vYiY6e4