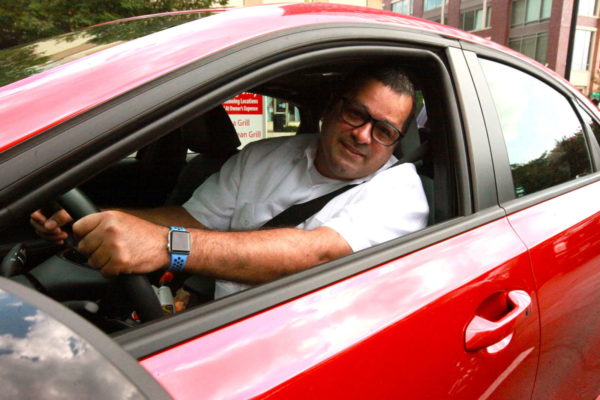 Peter Laboy laughed as he talked about Kashif Bashir‘s sentencing.

It’s been nine years since Bashir shot Laboy, a former Alexandria Police officer, in the head in 2013. Bashir was later found not guilty by reason of insanity, and was conditionally released from prison in 2018. He was arrested the following year for setting the homes of his mental health providers on fire.

“Yeah, I feel justified,” Laboy told ALXnow. “It’s justice for me and all of his victims, all the social workers that tried to help him.”

On Thursday (July 21), Bashir was sentenced to life in prison plus 11 years for setting two houses on fire, setting a car on fire and illegally buying a handgun and silencer in 2019. Bashir pleaded guilty in January — on Laboy’s birthday.

“The victims were all women, and when they rejected him that’s when he set two houses on fire, bought a gun and started doing research on me, on where I lived,” Laboy said.

Bashir, a former taxi driver from Woodbridge, was stalking a woman when he shot Laboy on Feb. 27, 2013.

Bashir was sentenced by Prince William County Circuit Court Judge Carroll Weimer, Jr. — a former Alexandria Police officer. Weimer said that Bashir could not be rehabilitated, according to WTOP.

Bashir was sentenced to life or the arson charges, 10 years for being an insane person carrying a firearm and a year for lying on paperwork to buy a firearm. He was also fined $100 for having a tracking device.

Laboy was in the courtroom when Bashir was sentenced.

“Oh yeah, I was happy as hell,” Laboy said. “He’s never getting out of jail now.”