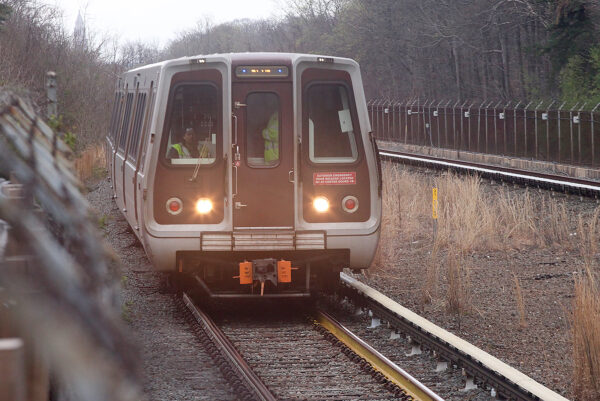 To those grumbling about the sudden Yellow Line delays because of the lapsed certifications: hold onto your butts, it’s going to get worse this fall.

The City of Alexandria is preparing for a Yellow Line shutdown in Alexandria later this year due to bridge and tunnel rehabilitation and bringing the Potomac Yard Metro station into the system. 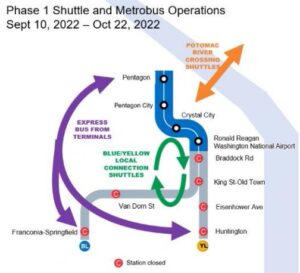 The rehabilitation work will cause an 8-month shutdown of the Yellow Line between Pentagon and L’Enfant Plaza, from September 10 to next spring. Between Sept. 10 and Oct. 22, there will be no Metro service south of the National Airport station.

According to plans (Item 6) docketed for review at the Tuesday, May 24, City council meeting: Blue Line trains will be running frequently from the airport with a replacement “Yellow Line” route running to New Carrollton during the September-October.

The city plans do note that if the 7000-series trains remain out of service, the trains will be running less frequently than currently planned.

During that time, a series of free shuttles will replace Metro service south of National Aiport.

According to the city that will entail:

For the longer period, from October to spring, the Yellow Line portion in Alexandria will be operating as a branch of the Blue Line. The plans optimistically expect the new route from Huntington to New Carrollton to take around 15 minutes longer than the current route.

Throughout both shutdowns, city plans indicate there will be more shuttles running over the Potomac to get Blue Line riders into D.C.

The presentation for the May 24 meeting indicates that there are some options being presented to the City Council to boost transit accessibility during the shutdown, including restoring bus route 11Y and offering additional bus service.

“Virginia Department of Rail and Public Transportation will provide 80% of costs for City mitigation efforts,” the city plans said.

The total cost to the city for mitigation efforts is estimated to be around $120,000.