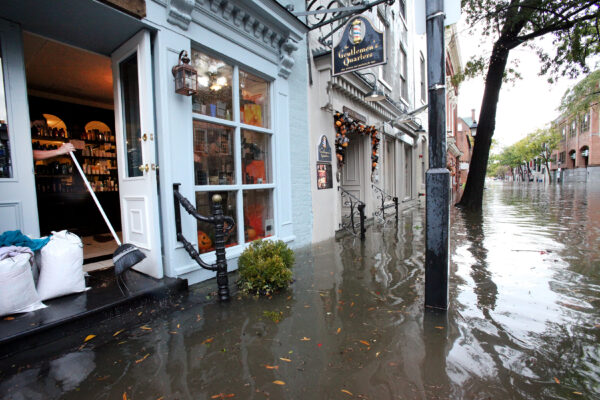 Nearly a year after Alexandria launched a flood mitigation program to reimburse projects on private properties, the city is apologizing for some delays with the program and said the process should be streamlined soon.

The Flood Mitigation Grant Program partially reimburses residents to install flood mitigation practices on their property. The pilot program launched last August and received over 175 applications. Applicants can receive a reimbursement of up to 50% of their project costs, up to $5,000. So far, the city has reimbursed nearly $300,000 worth of flood mitigation projects.  Bill Skrabak, deputy director of Infrastructure & Environmental Quality, said the city was hopeful it would get some use but wasn’t prepared for the number of grant requests.

“We launched the pilot phase of the Flood Mitigation Grant Program feeling hopeful people would take advantage — and we’ve been blown away by the tremendous number of applications submitted to the City,” Skrabak wrote in a city newsletter about flood mitigation. It’s taken us a bit longer than expected to process applications and issue payments. “I apologize for the delays you’ve experienced and can promise you we’re working on ways to speed up the application process to make it easier for you. Please bear with us as we streamline our process.”

Still, Skrabak said some residents have been making modifications to their home, like flood gates and sump pumps, which have helped in subsequent floods. The goal, Skrabak said, is to have private flood mitigations help support the bigger public infrastructure projects that store and convey excessive runoff.

“We understand climate change will continue bringing intense storms that wreak havoc on our region,” Skrabak said. “However, residents can take back some control by taking steps to mitigate flooding on their properties with financial assistance from the City.”