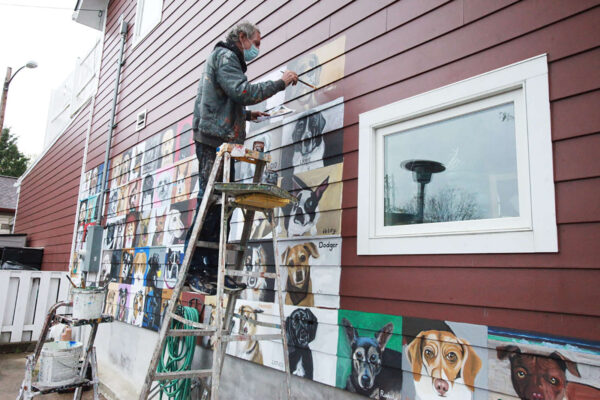 Ever since he was five years old, local muralist Patrick Kirwin has been drawing on walls. The artist behind the Dogs Of Del Ray mural has been busy during the pandemic, and his work is mostly positive.

Kirwin says that’s what his clients want these days.

“I have a younger brother who was pissed at me because I wasn’t doing political work, but I got to be who I am,” Kirwin told ALXnow in a recent interview. “I’m basically optimistic, try to be happy and don’t want to bring more garbage to the world. I want to have something that connects to people. I don’t want to make people angry.”

Kirwin, an Arlington-based artist, has taught drawing and painting courses at The Art league at the Torpedo Factory Art Center for years. He was raised with 12 siblings in Columbus, Ohio, and was sent to art school as a young child after his parents found him drawing on the walls of their home.

“They sent me to art school so I wouldn’t draw on walls, and now I’m back to drawing on walls,” Kirwin said. “I’ve gone full circle.” 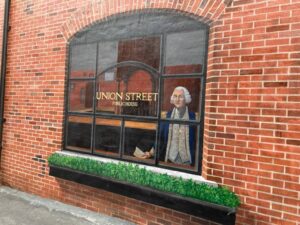 Kirwin, who is married and has two children, moved to the area in 1984 to get his master’s at The George Washington University. He also taught at the Corcoran School of Art and Design, the Smithsonian, and the Workhouse Arts Center in Lorton.

Kirwin’s work dried up because of the pandemic, prompting him to lower his prices. When he did that, the work started to pour in.

He continued, “I learned to get a job you have to back it up with a lot of work. If someone wants work, I can bomb then with a lot of examples, and that’s important because competition is tight.”

In Alexandria last year, Kirwin also painted a mural in the alleyway of Union Street Public House. In it, George Washington is looking out of a window inside the pub.

“He is such a lively person, and I was able to see the mural day-to-day until it was finished,” Union Street employee Heather Smith said.

Kirwin also recently painted the interior of the new Tiki bar pop-up in Del Ray, and last year unveiled his “Dogs Of Del Ray” mural on the north side of Stomping Ground. The dogs mural, which faces the Pat Miller Neighborhood Square in the heart of Del Ray, showcases more than 100 of the neighborhood’s pooches.

For the time being, Kirwin is back to a massive project — a 30-foot-tall mural outside an apartment building in D.C.

“It will actually be a giant picture of a group of people taking a selfie,” he said. “It will be very, very big with a D.C. backdrop.” 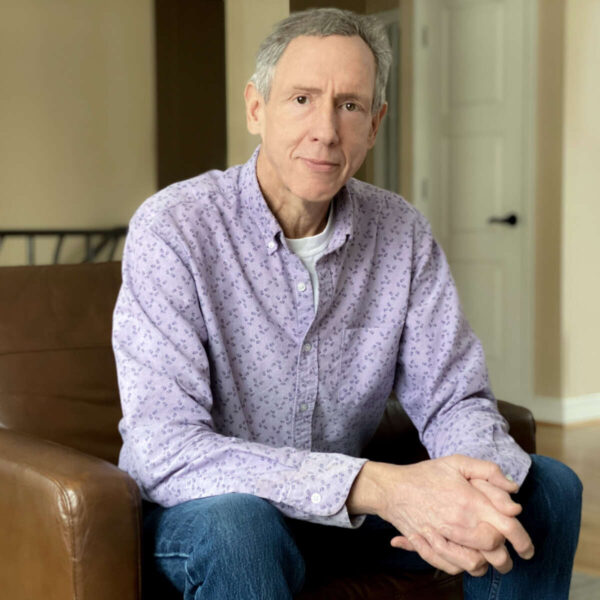