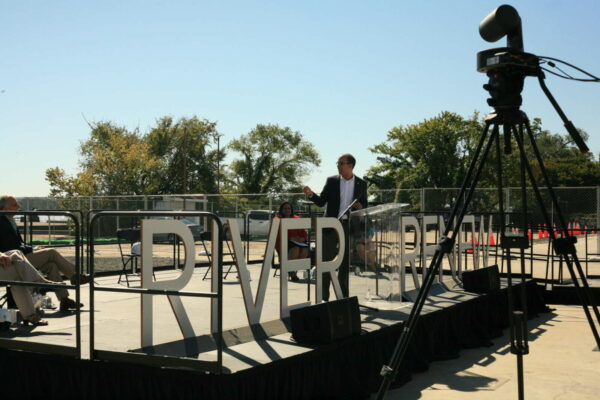 After a few years of somewhat jubilant legislative sessions, the City Council is moving into preparation for a legislative package with a more grim outlook.

The legislative package is an annual list of asks and recommendations from the city to the state government. These sorts of legislative packages are particularly important in Virginia where, as a Dillon Rule state, the authority of the city is limited to only those areas explicitly granted by the state. With Republicans winning control of much of the state government in last week’s election, the all-Democrat City Council’s days of “playing with house money” could be coming to an end.

The biggest project involving state funding in Alexandria is the combined sewer overhaul, a $400 million project mandated by the state that comes with $45 in state funding. The top item on the 2022 legislative priorities list is maintaining funding for that project and offering more flexibility in how the city finances its infrastructure projects.

“The City supports a technical amendment to the budget to ensure funds already appropriated for the [combined sewer] project from the State’s American Rescue Plan Act funds are directed to AlexRenew/The Alexandria Sanitation Authority,” the legislative package draft said. “In addition, the City supports the General Assembly’s commitment to appropriating an additional $40 million in bonds in the next biennial budget to support Alexandria’s legislatively mandated combined sewer overflow project.”

Following up on an area where Mayor Justin Wilson said the city shares some commonalities with Governor-elect Glenn Youngkin, the city is also pushing for more transparency from Dominion Power.

“The City supports legislation to require electric utilities in Virginia, including Dominion Power, to report and publish, on an annual basis, industry-standard electric reliability metrics to the State
Corporation Commission for its system and for individual localities, including Alexandria,” the package said.

Other items included in the legislative package include:

The legislative package also includes a series of requests, submitted by the Office of housing. for more protections against eviction at a state level, including:

The legislative package is scheduled for initial review at the upcoming Saturday, Nov. 13, City Council meeting.