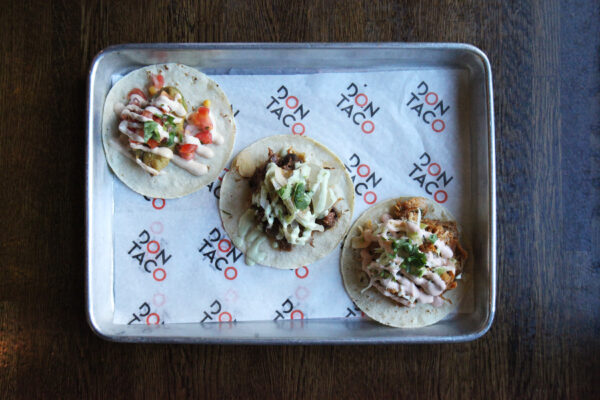 It takes less than five minutes to make most orders at Don Taco. The restaurant and tequila bar at 808 King Street also claims to make the best margaritas in Old Town, and that combination of making quick to-go orders with alcoholic drinks to wash it all down has been their secret to success during the pandemic.

“There’s not much of a profit margin on food costs,” Don Taco’s General Manager Tracey Deiderich told ALXnow. “As far as alcohol is concerned, that’s where restaurants make most of their money. Allowing restaurants to do this just weeks after we had to shut down was a huge success.” 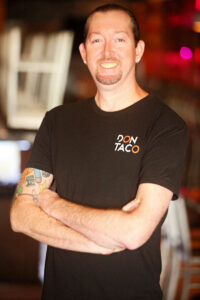 Chef Mike Cordero has owned the building for decades, rebooting it several times with new concepts. He launched Don Taco in 2016, after spending years with it as Flat Iron Steak & Saloon and Cafe Salsa.

The restaurant is one of Cordero’s many taquerias in the region. It has a menu with dozens of $3.95 tacos, and was featured on the Cooking Channel’s Cheap Eats with Ali Khan with a number of other Alexandria restaurants.

“In my kitchen, they are beasts when it comes to getting food out quickly,” Deiderich said. “You might even get your tacos in about 60 seconds after you order.”

Deiderich says most dates can cost an average of $50 at Don Taco.

“You could come in and have a blast for 50 bucks,” he said. “I mean, at $3.95 a taco, and grab yourself a pumpkin spice Margarita or one of our specialty drinks.”

As for the margaritas, Deiderich says they’re made with fresh ingredients.

“I mean, we have the best margaritas in Old Town,” he said. “We don’t use any fillers, it’s all fresh ingredients. Just tequila, fresh lime juice and fresh Agave nectar. There’s no sour mixes or anything like that in there. It’s all fresh and ready and raring to go anytime you need to drink.” 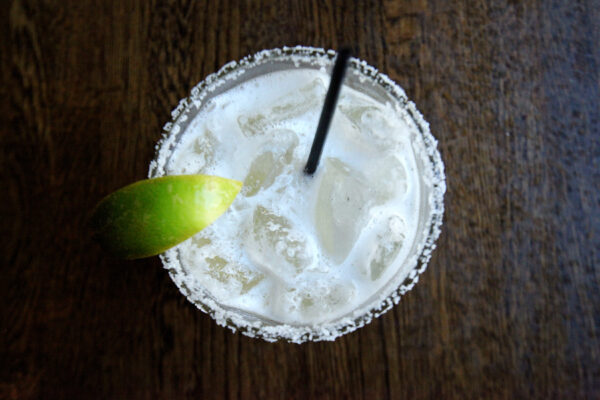