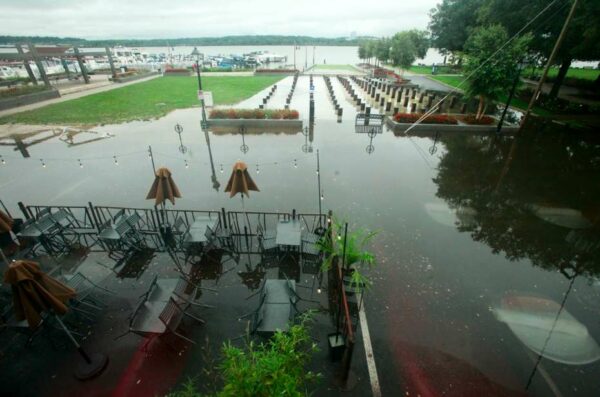 Alexandria is getting some state help to boost its stormwater resilience, though the city is at the lower end of the $7.8 million distributed in grants.

Governor Ralph Northam announced today that the $7.8 million would be going to 19 local projects across the Commonwealth that address flooding, sea-level rise, and extreme weather.

Alexandria, which has faced frequent and devastating flooding, will receive $115,200 in state funding to help “resilient stormwater capacity and [the] green streets project.” The grants are the first allocated through the state’s Virginia Community Flood Preparedness Fund.

“Virginians have experienced the devastating effects of flooding over and over again,” said Northam in a press release. “Without strong investments in resiliency, we will continue to see more of the same. The Community Flood Preparedness Fund grants are so important because they will jumpstart projects in more than a dozen localities, including some that have been impacted by recent disasters.”

The Eastern Branch of Elizabeth River Wetland and Floodplain Restoration took the lion’s share of the state funding — $3 million. Other projects in Richmond and Norfolk each won around $1 million in funding.