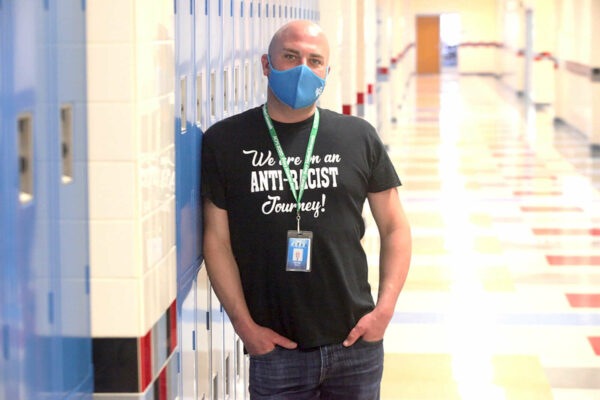 Alexandria City High School Executive Principal Peter Balas says that violence within the school is being handled and students caught fighting are being dealt with on a case-by-case basis.

In a letter to the Alexandria City High School community on Friday (October 1), Balas said that many of his 4,370 students have been traumatized by the pandemic and social/political upheavals over the last couple of years. He also said that a recent shooting of a student at the McDonald’s at the Bradlee Shopping Center and the firecracker incident at a recent ACHS football game has added to a “heightened sensitivity” within the school.

“We have all been affected by the conflict among some students in our school and in the community,” Balas wrote. “With the unfortunate incidents at the football game and shopping center, there is heightened sensitivity among students and staff adding to the pressures of this unusual school year.”

Balas did not mention the security situation at the school, which is the largest high school in Virginia.

Many have criticized City Council’s defunding of the School Resource Officer program, which left no police presence inside of the high school and two middle schools, although police have been called several times this year because of fighting. In one instance, a juvenile was arrested for trespassing and assault and battery on ACHS grounds.

“As the Executive Principal of ACHS, I want to assure you that I do not, and will not, tolerate unsafe behaviors that disrupt the learning environment or the events that make high school a special time in most teenagers’ lives,” Balas said. “Please know that we all take these situations very seriously and deal with each case and each student with the utmost seriousness. Each incident of this school year has been handled by my administrative team and all sorts of consequences are considered.”

Balas said that his team is working with the ACPS Department of Student Services & Equity to plan “additional in-school activities that promote restorative practices” to support students “with their individual needs.”