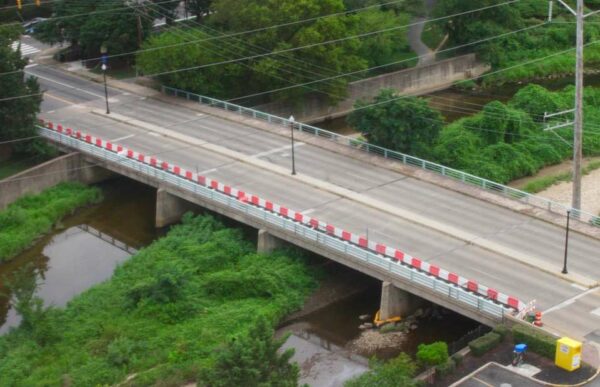 The bridge is one of the five bridges that connect Alexandria to Arlington, and along with the West Glebe Road Bridge has been earmarked for repair since November 2018. The western portion of the Four Mile Run Bridge has been closed off to pedestrians since January 2019, and structural problems have restricted vehicles under five tons at the Arlington Ridge Road bridge.

The bridges were built in 1957, and the bridge decks were replaced in 1981, according to the city.

Arlington officials say there is no delay and work on the Four Mile Run Bridge will start after the reconstruction of the West Glebe Road Bridge to avoid two bridge construction projects at the same time.