Alexandria has seen a jump in its COVID-19 numbers this month, as the state health department says unvaccinated Virginians are making up 99.6% of new cases.

The Virginia Department of Health, on Friday, revealed the information in a new dashboard that launched Friday. Alexandria has suffered 11,921 reported cases, 140 deaths and 572 hospitalizations since the onset of the pandemic. The last death was reported on July 1, there were two deaths in June and four deaths in May.

Alexandria has a goal of fully vaccinating 110,000 residents, which is 80% of the population, and the Alexandria Health Department and mayor believe the city has already reached that goal. They say that city’s vaccination numbers don’t reflect shots given to residents outside of the city, like in Maryland or D.C. 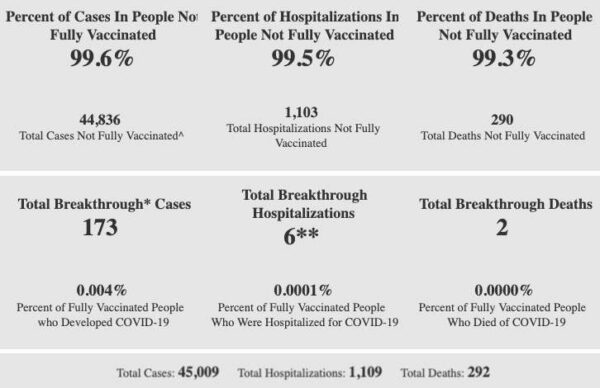