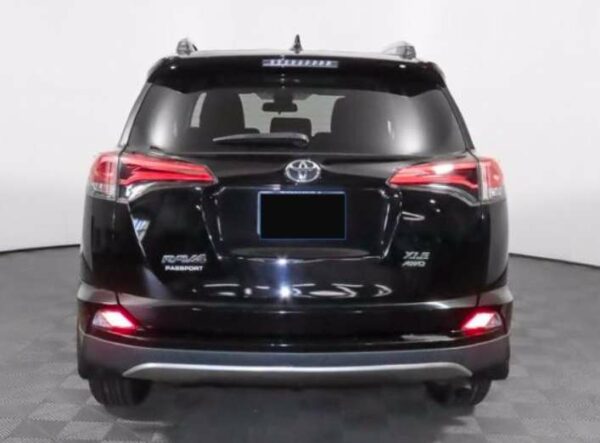 Alexandria Police are still looking for the driver of a dark colored Toyota RAV-4 that killed a 72-year-old man crossing the intersection of Duke and S. Pickett Streets in the West End.

The incident occurred on New Year’s Day at around 6:30 p.m.

Harold Reubin was transported to Inova Alexandria Hospital, and was treated for a hip injury and then released. Two weeks later, on Jan. 14, he returned to the hospital and said he was having issues breathing, according to police.

Reubin died five days later, on January 19. An autopsy determined that the cause of death was complications from blunt force trauma.

A witness driving behind the RAV-4 told police that he honked his horn to alert the driver that Reubin was crossing the intersection.

“The RAV-4 continued into the intersection, striking Mr. Reubin and knocking him to the ground,” police said in a search warrant affidavit. “The RAV-4 pulled over briefly after the crash, then immediately sped away without the driver exiting the vehicle or providing any identifying information.”

The incident is a block away from where another fatal hit and run crash occurred in February 2020.

The investigation is being led by the APD Crash Reconstruction Team, and anyone who witnessed it is asked to call Officer Alex Trapero at 571-215-0320, or the APD non-emergency number at 703-746-4444.

DID YOU SEE SOMETHING?