In a victory for civil rights, the marquee for Alexandria City High School was unveiled Wednesday morning, replacing the old sign bearing the name of T.C. Williams High School.

It’s been nearly a year since the effort to change the name of Virginia’s largest high school began. The new name will go into effect July 1, as will the official renaming of Matthew Maury Elementary School to Naomi L. Brooks Elementary School.

“I think this is a great step towards equity,” rising junior Miracle Gross said. “This year more than any I learned what he really stood for and why our community is against it.”

T.C. Williams High School gained international fame for the ‘Remember The Titans‘ film, which depicted the newly integrated Alexandria football players winning the 1971 state championship by bridging racial divides. Ironically, the school itself was named after a staunch racist superintendent who spent years actively working against integrating the school system. 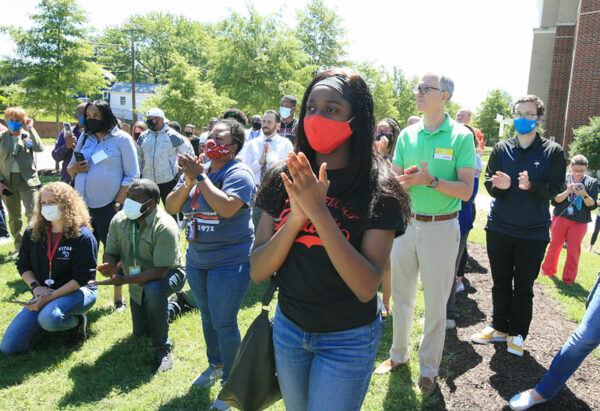 Superintendent Gregory Hutchings, Jr. said that the day would go down in history, and that the school mascot will remain the Titans.

“Once a Titan always a Titan,” Hutchings told the audience of students, administrators, parents and former graduates. “We are proud of our diversity and we realize that that name, Thomas Chambliss Williams, did not deserve to be honored on our only high school in the city of Alexandria.”

Wednesday was also the last day of school, and for the next three months ACPS will work to replace all of the markers with the name T.C. Williams.

“We already started to order the uniforms,” Hutchings said. “It’s going to take us some time to get through all of our marquees as well as all of the signage within the school building.”

“Systemic racism is something that was created with purpose and with resources attached to it,” she said. “And the staff at T.C. Williams fights it every single day.” 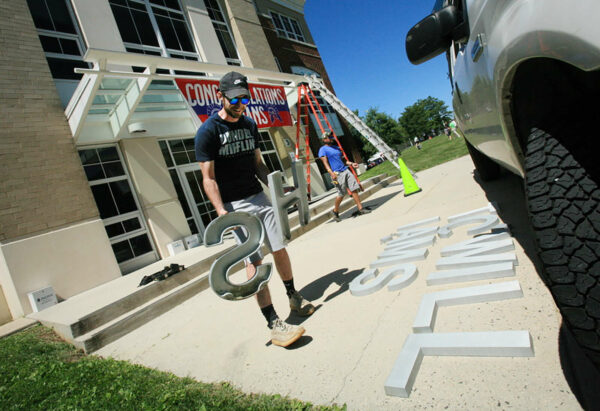