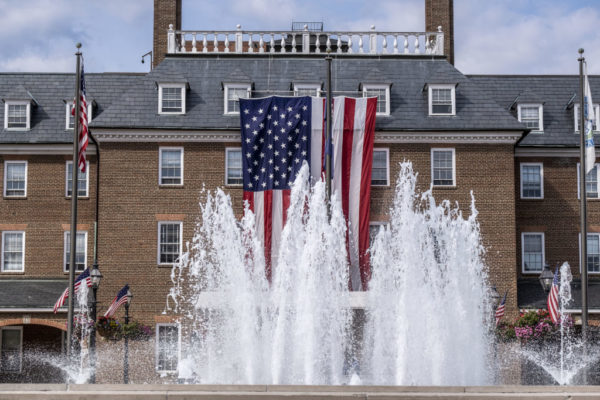 City Council member John Chapman has the distinction, marked in the record, of being the first on the dais to use the phrase “hot girl summer” — and in the most unlikely of contexts.

Chapman’s millennial moment came through at the end of hours of public discussion on where the American Rescue Plan Act funding is going. No decision was reached at the City Council meeting this weekend — and final passage is scheduled for Tuesday, July 6 — but the City Council did indicate interest in emphasizing the city’s tourism and overall marketing in the funding package.

Chapman, who runs the Manumission Tour Company, said funding for tourism and marketing would be a bigger help sooner rather than later.

“Everyone is getting ready for hot girl summer,” Chapman said. “There is an energy about getting out. Everybody knows that. We’re going to try [to use that], but with tourism industry it’s tough. We have immediate need we’re trying to fill.”

“We’re trying to open up,” City Council member Amy Jackson said. “As soon as you tell everyone, ‘We’re open,’ and broadcast that, that will help create jobs. If we’re waiting and holding it back, [it’s] increasingly less likely that we’re helping the maximum number of people that we could be helping.”

Jackson also noted that many of the jobs helped by boosts in retail and service industry sales help the city’s lower-income populations.

“I want us to look at that more, not just in programs, but overall in bringing people here,” Jackson said.

Chapman said the city also needs to be aware that many industries are looking for funding both for front-end immediate needs created and longer-term fixes for big problems. It’s a distinction that Chapman said could help separate where funding should go in the first round.

City Manager Mark Jinks said the one concern to keep in mind is this mindset could lead to too many delays to the future for funding.

“The pro is you can do more,” Jinks said. “The downside is it’s kicking the can down the road. You’re saying ‘we’ll pay for that out of the next one.'”

The City Council will look at the first round of funding again on July 6, after which Mayor Justin Wilson said he hopes the word tranche — which came up frequently during the discussions — “Goes back into oblivion.”

END_OF_DOCUMENT_TOKEN_TO_BE_REPLACED

More Stories
JUST IN: Thieves break into more than 60 vehicles in West EndAlexandria under Severe Thunderstorm Watch until 10 p.m.