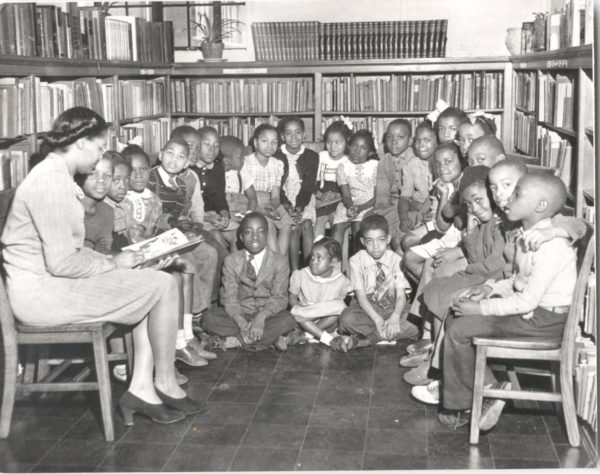 City Councilman John Taylor Chapman never learned Alexandria’s real African American history in school, and now he’s teaching everyone who will listen. After a coronavirus-related hiatus, his Manumission Tour Company is officially back on track with in-person tours of Alexandria’s Black historical sites.

“I did not feel that I knew some of the stories that I’m telling now when I was growing up,” Chapman told ALXnow.

Alexandria’s history is full of stories of heroism, adversity, tragedy, defeat and triumph, and for the last four years, Chapman has led tours teaching residents and visitors about the city’s African American experience.

“The word Manumission means to be freed by a piece of paper,” Chapman said. “For us to name the company as such opens up a conversation when we chat with people about what we do. It’s an opportunity to talk about the struggle freedom in Alexandria, which was one of the biggest slave ports in the country.”

The next tour, which is limited to nine people for social distancing, will be held outside the Barrett Library on Friday, June 27, to talk about abolitionists, runaway slaves and free Blacks in the city before the end of the Civil War.

One of the people who received such a piece of paper was Moses Hepburn. The Alexandrian was born as a slave in 1809 to one of the owners of a plantation on Shooters Hill, which is now home to the George Washington Masonic Memorial.

“His aunt ended up purchasing his freedom when he was a young boy, and he was sent to school in Pennsylvania,” Chapman said. “When his father died, he left him a great bit of money. Moses became quite wealthy and became a big developer in the city and helped build some of the initial African American churches in the city.”

Other stories include Dominic Bearcroft’s popular tavern — known for its juicy crabs — in a building right across from City Hall. Bearcroft was one of the first African Americans to get a business license in the city.

“One of the things you figure out very quickly about these individuals is that their lives were very complex,” Chapman said. “The things that they had to deal with, the hoops they had to jump through is all very humbling.”

Alexandria’s slave trade peaked between 1820 and the start of the Civil War, Chapman said.

“Prior to that we were a colonial town,” he said. “There was slave trading as early as the 1700s, but the peak of it was when Franklin and Armfield put down roots here, establishing the slave trade and really blowing up their business. During the 1800s they were one of the top slave traders in the nation.”

Fraternal organizations grew and prospered over the years, including Universal Lodge 1, and so did church groups and later the Departmental Progressive Club.

“We’re not a perfect community,” Chapman said. “We still have folks that are still struggling in school, particularly certain racial and ethnic classes. There are certain groups that are still struggling a little bit more with a lower standard of living, and it’s frankly reflective of what we’re seeing across the nation. We still have a ways to go, even though we want to be a progressive and inclusive community.”