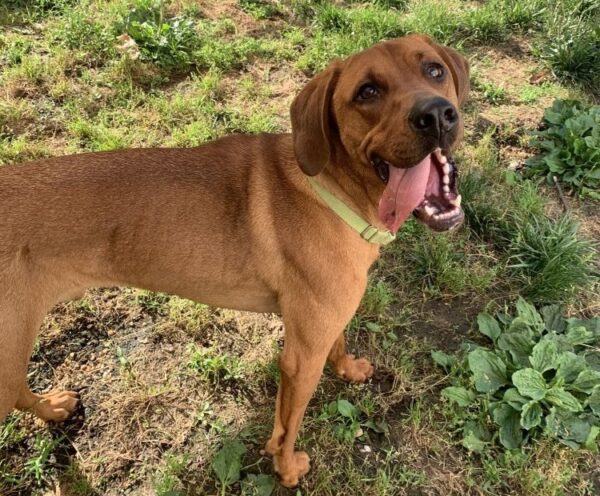 The 22-month-old brown and white, male bloodhound/boxer mix is looking for a new home via the Animal Welfare League of Alexandria.

“Cornbread is a fully-grown adult, but his boisterous demeanor and goofy antics make him seem just like an extra-large pup,” AWLA spokesperson Gina Hardter told ALXnow. “Just like his bloodhound lineage, Cornbread loves to get on the trail of a good scent, and on walks, you will often find him with his nose to the ground. But when it’s time to play he is up and at ’em, focusing on his favorite people, toys and some silly fun, like a roll down the hill.”

Cornbread is available for adoption by appointment. Learn more about how to meet him at AlexandriaAnimals.org/Adopt-By-Appointment.