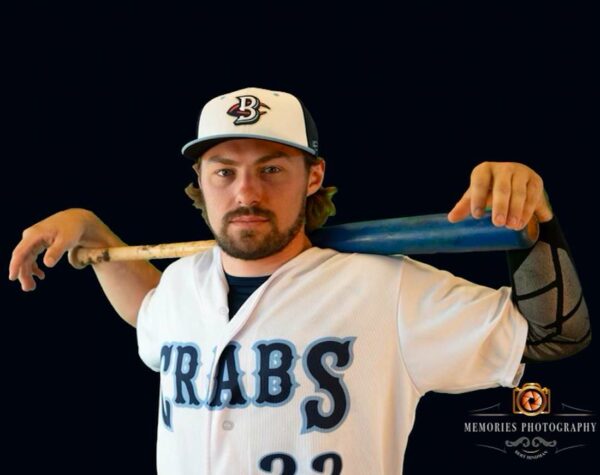 Last year, Jake Marshall thought his baseball career was over. The pandemic shut down the league he played with in California and he returned to Alexandria to set up a home construction business. But a chance connection has given him a second shot at that dream.

The 27-year-old Marshall lives in Arlington and runs his construction company out of ALX Community in Old Town, and recently signed to play with the Southern Maryland Blue Crabs — a professional baseball team based out of Waldorf, Maryland. Marshall joined the team as second-string catcher, though he’s also been designated hitter more frequently than he expected.

While it started as overwhelming, Marshall said getting back into professional baseball has felt settling and comforting. From 2018 to 2020, Marshall played on a semi-professional team in Napa Valley in California, but the league shut down when the pandemic hit.

“When the pandemic hit, I thought my career was over,” Marshall said. “I thought it was fun, and great, but now it’s time to go build houses. That league shut down, along with basically every other independent league. I was like ‘you know what, this is a good time for a break.’ I played for two years and had fun. I was at peace with it being the end. Then when this opportunity came up I was like ‘wow, I can’t turn this down’ because it was a team I always wanted to play for.” 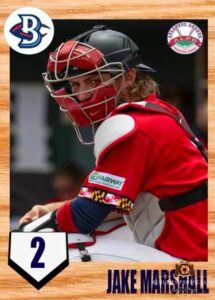 His return to baseball came as a result of a little networking and a lot of luck.  In California he met Kent Blackstone, another player who is from the DC Metro area. Blackstone ended up becoming the second baseman for the Southern Maryland Blue Crabs in 2019.

“When this season rolled around, he was like, ‘You should come around to the stadium, catch a couple pitches and hang out,'” Marshall said. “It was about being in the right place at the right time.”

One of the coaches was there and Marshall ended up breaking camp with the rest of the team.

Marshall said he’s put his home remodeling business on hold because the team plays six days a week and he doesn’t want the rest of his construction team to be left waiting around for him.

The team is very competitive, with lots of former big leaguers who Marshall said he’s been learning a lot from.

“It’s the little things,” Marshall said. “You learn how to walk and talk and be a professional baseball player, but there’s nuanced details that each new higher level brings you that you didn’t think about before.”

Marshall said he’s learned a lot from Daryl Thompson, a former MLB player and star pitcher for the Blue Crabs.

“We have a pitcher, Daryl Thompson, who played for Reds in the big leagues,” Marshall said. “Pitchers usually have three-to-four different pitches. He said he had 30. I was like ‘what the hell are you talking about, that’s impossible?'”

Marshall said Thompson explained that he considers the different locations of where he’s pitching to as altogether different pitches, even if they’re the same “type” of pitch.

Marshall is now traveling with the team, and says he starting to feel more natural again.

“It’s been fantastic,” Marshall said. “It’s a great organization. We’ve been in the season two-and-a-half weeks for about 20 games.”

It was a busy week in Alexandria, with the City Council back in session and changes on the horizon for local restaurants. The Polk Avenue sidewalk saga came to its…

A new report on student safety should be taken with a grain of salt, according to members of the Alexandria School Board. The School Board received the report Thursday night…

Just Listed includes a 2 BD/1 BA condo with carpet flooring and a balcony.