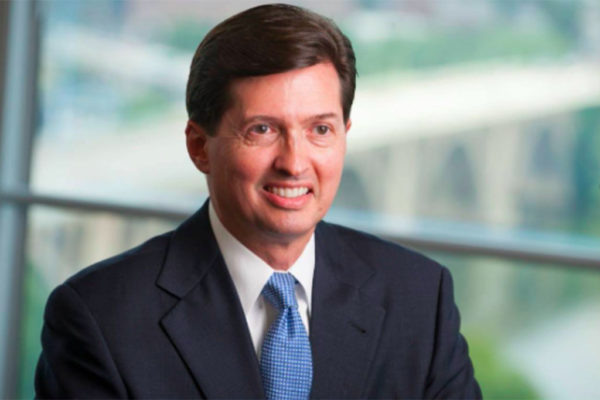 Over the next few weeks, ALXnow will be interviewing the various candidates for City Council participating in the Democratic Primary on June 8.

It’s no secret that Alexandria is politically blue, but Bill Rossello is evidence that being a Democrat-heavy city doesn’t mean the local political figures are in ideological lock step.

Rossello’s candidacy represents a rebuke of the current city establishment, challenging goals accepted as a foregone conclusion. Over the past few years, Rossello has been a vocal critic of Mayor Justin Wilson, City Manager Mark Jinks, and members of the City Council he hopes to join this fall.

“What people in the city want is they want a change,” Rossello said, “and I’ve seen that both from Democrats and Republicans. I think I’ll have Democrats, Republicans and Independents on my side.”

“I was invited to a fundraiser for Comstock by my boss and there was an expectation that we would all donate,” Rossello said. “She wasn’t in my district.”

Rossello said he worked in the city on the Budget and Fiscal Affairs Advisory Committee and the Alexandria Mobility Plan Advisory Committee, where he represents the Federation of Civic Associations, where he said he’s seen the city cater disproportionately to bicyclists. Rossello said he would be in favor of a few north-south and east-west routes, but that the current expansion of bike lanes in the city are too disruptive for the city’s arterial roads.

“I sit on Alexandria Mobility Plan Advisory Committee — and I’ve said it in front of my colleagues on that committee: I’m a bicyclist,” Rossello said. “I’m out at least once a week during winter and twice a week in warmer weather. I’m a cyclist, but I’m not a lifestyle cyclist. My view is: you have to balance the interest of motor vehicle travelers, which is the majority of people in the city, and bicyclists, who I have respect for. We’re not balancing those, and we’re ignoring the overwhelming community sentiment that they don’t want those bike lanes there.”

It’s an argument that reached fever pitch with an argument over the decision to add bicycle lanes to Seminary Road in exchange for narrowing the street for motorists from four lanes to two travel lanes and a turn lane.

The debate spawned a controversial Facebook group, which Rossello moderated at one point. The group has since expanded into broader opposition to some city policies and projects, and Rossello said he has left his role as an administrator.

“I was an administrator for a while, but I haven’t been one for the last summer,” Rossello said. “I just wanted to leave that to someone else. I just wanted to be a member. In January last year, the Seminary Road drumbeat had been going on for a long time and I said ‘look folks, there’s a pattern here, we need to broaden the set of issues that we get involved in.’ What we found was Seminary Road, at its core, was an integrity issue and a transparency issue. It was about the city not listening to the community.”

Differences between Rossello and many of those on the City Council or running for it extend beyond just bike lanes. Rossello, for example, rejects the foregone conclusion that the city needs more affordable housing.

“For affordable housing, we have to do the analysis, which I don’t think has been done,” Rossello said. “[We need] analysis of the demand for it. What we’re told is we’ve lost 90%. I put my management consultant hat and say ‘it’s not about supply, it’s about demand.’ The question is: let’s look at the demand side. How many people live in the city who are right now being priced out or at risk of being priced out. Let’s help our people. They won’t tell you the demographics of that: they won’t tell you how many of those people live in the city today or are we trying to become a magnet for people who need affordable housing in the city.”

Rossello expressed concern that Alexandria is attempting to be an affordable housing magnet to shoulder the burden of what he called a regional problem.

“People on the Council think its Alexandria’s responsibility to solve the regional problem,” Rossello said. “Alexandria should do it for Alexandria’s people. Let’s get our people taken care of first. Then let’s talk about how we help the rest of the region. There is no jurisdiction that has done more for vulnerable populations than Alexandria, by far. We’re the most generous, the most compassionate, and the most diverse. I haven’t seen that out of Fairfax County or Loudon County. I’d like to see them step up. I’m not trying to defer the problem, but we’ve been doing for a long time what they haven’t done.”

The campaign echoes the election of Mayor Allison Silberberg in 2015, who similarly rode to victory with the backing of residents frustrated with increasing density and new developments — at the time, primarily developments along Old Town’s Waterfront. However, Silberberg’s tenure as Mayor was fraught with votes where she was frequently overruled by the rest of the Council.

If he hopes to achieve his goals, Rossello admitted it will require turning over more seats on the Council.

“We need to change the council, it can’t be the same people,” Rossello said. “The priority is integrity. We want to shake up city hall and get city focused on providing outstanding service to our citizens, and doing it honestly, not having an agenda beyond what we do as a city.”

END_OF_DOCUMENT_TOKEN_TO_BE_REPLACED

More Stories
Child Safe After Being Left in Car That Was Briefly Stolen in Arlandria‘Groundswell’ Art Installation Pays Homage to History, Coming to Waterfront Park this Month