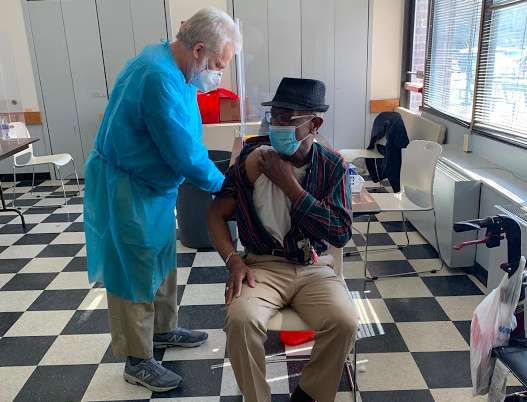 On paper, Alexandria has seen its death toll increase over the last week to a total of 123 deaths, but the Alexandria Health Department and Wilson noted that this was due to figures from the holidays being adjusted to include additional deaths believed to be caused by COVID-19.

“Those deaths are not because we’ve seen more over the last few days, but [as a result of] going over death certificates and classifying deaths [earlier] that were COVID related,” Wilson said. “The new deaths added to count over last couple days, and many of those were deaths that occurred in holiday period when we had a spike. That’s not minimizing those deaths: but they occurred some weeks ago now.”

Wilson said hospitalizations have decreased and that there haven’t been any new deaths over the last couple days.

“We’re done with the holidays,” Wilson said. “We saw a very significant spike, reaching highest levels we’ve seen during holiday period, but that’s now subsided and we’re doing well. My message to Alexandrians — we’ve got to keep it up. We’re in a good spot on a good trend line.”

Meanwhile, Wilson said Inova Alexandria Hospital is currently at 65% capacity, which is healthy compared to earlier spikes and is even a little low compared to regular occupancy. There are 14 patients at the hospital who are either COVID-19 positive or under investigation, which Wilson said is the lowest numbers from the hospital in a while.

While Wilson noted that the vaccine supply has started going up at a federal level, that hasn’t quite trickled down to a local level up.

“We’re up to 3,000 doses received per week, which is a combination of first and second doses,” Wilson said. “But we have a waiting list of over 45,000 Alexandrians signed up already for vaccination. So at 3,000 a week it’s still going to take a while.”