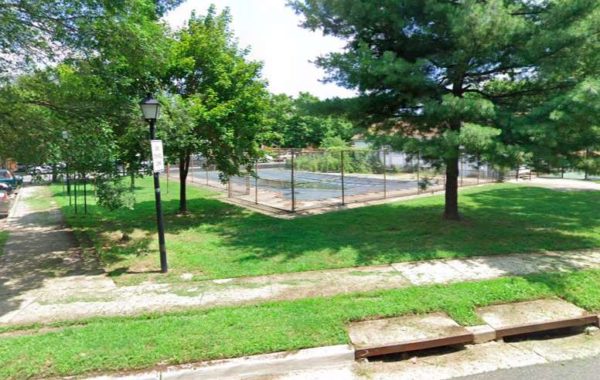 Alexandria is asking for community feedback for a proposal to turned a long-closed swimming pool in Del Ray into a spray park.

The city, which selected McLean-based LSG Landscape Architecture for the project, is in the process of redesigning the Colasanto Pool at 2700 Mount Vernon Avenue. The pool opened at Nicholas A. Colasanto Center and Park in 1969 and has been closed since 2010. A 2012 aquatic facilities study determined that a spray park would best suit the area.

The city will conduct a virtual meeting on the project on Thursday, March 4, starting at 7 p.m., and the city says that input received will be incorporated into the final design.

“The improvements will be designed and built through the City of Alexandria’s Capital Improvement Program and a Community Matching Fund partnership with The Del Ray Gateway Project,” according to the city.

According to the city’s fiscal year 2022-2031 Capital Improvement Program for recreation and parks:

This project will eliminate the safety hazards associated with closed, unstaffed pools, and will benefit a broad range of City residents and visitors. The new facility at Colasanto will be operated similar to the successful interactive fountain at Potomac Yard Park.

The design is scheduled to be finished this year, and construction is planned to start in 2022.