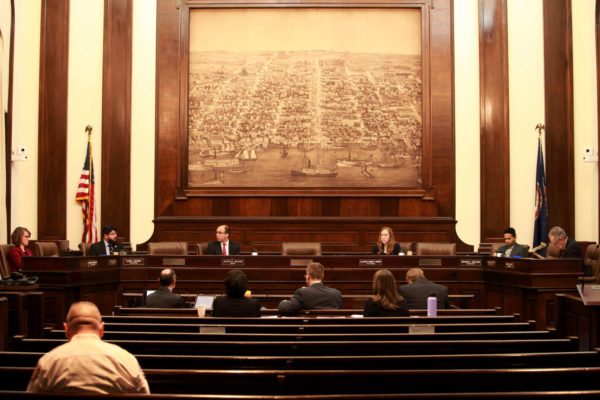 Alexandria’s City Council and Mayoral races are starting to heat up as new candidates throw their hats into the ring.

With Councilwoman Redella “Del” Pepper and Elizabeth Bennett-Parker announcing that they will not be running for reelection — with the latter running for the 45th District House of Delegates seat — there are at least two guaranteed new City Council members that will serve on the six-person body.

For the mayoral seat, City Councilman Mo Seifeldein has said he intends to run against Mayor Justin Wilson, though no formal announcement has been made yet. He also told us that he is not running for reelection for his council seat. There also remain some questions about whether Seifeldein, who got a job as a trial attorney for the U.S. Department of Labor in January 2020, can run for office under the Hatch Act.

Council members Amy Jackson and Canek Aguirre have also filed their paperwork to run, and Councilman John Taylor Chapman has announced his intention to run, but has not yet filed the necessary paperwork with the city’s registrar.

Despite what could be a competitive race, participation in local elections are traditionally low — especially in years without a Presidential or Congressional race. In 2018, the last Mayoral and City Council race in Alexandria, turnout for the Democratic primary was roughly 23% of eligible voters. Results were higher in the general election — 70% turnout — but that year also had a competitive Senate and House of Representatives race.

The Democratic primary will be held on June 8, and the general election is scheduled for Tuesday, Nov. 2.