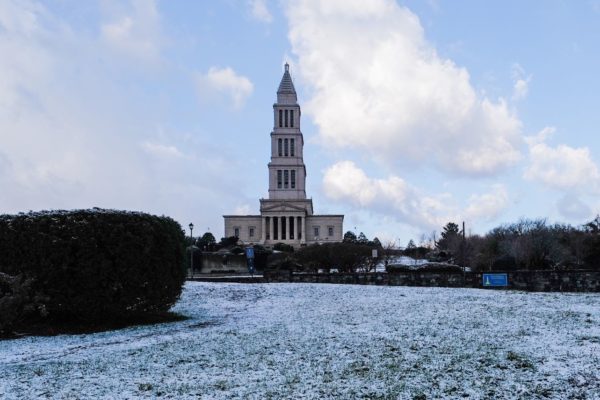 A winter preparation update headed to the City Council tonight (item 27) outlines plans for what looks to be a mild winter — a small mercy for city services at the end of a somewhat literally plagued year.

While day-to-day weather can be unpredictable, the staff presentation notes that information from the National Oceanic and Atmospheric Administration shows that the city is not anticipated to have higher than normal precipitation and is within a belt of areas likely to see temperatures above the city’s winter average of 39.3 degrees. The trend is in keeping with steadily increasing average temperatures in the D.C. area over the last twenty years.

In the average year, snow and ice control teams are dispatched around eight times with an average total cost of $862,000.

New improvements are planned for the pre-treatment program, including a new dedicated large brine truck and a less corrosive brine system for concrete services — hopefully leaving less of a mess for the city to handle in the spring.

In the meantime, the city is working through contingency plans for COVID impacts on staff and contractor personnel. Anticipating more regulations from the Department of Environmental Quality, the city is also participating in a regional task force examining salt usage and best practices.

Read more →
More Stories
Morning NotesPoll: Should the Police Review Board Have Subpoena and Disciplinary Power?