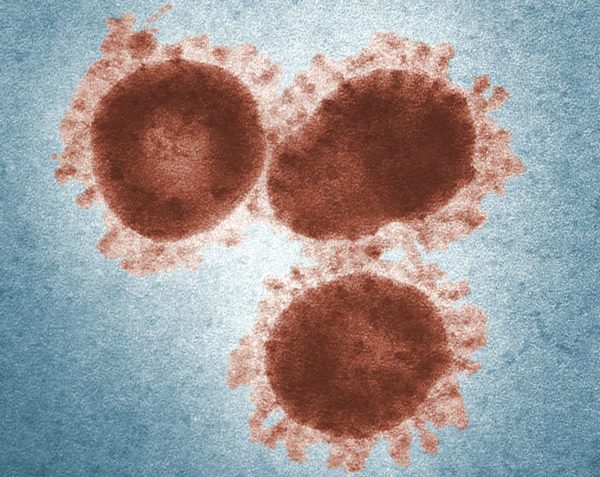 There have been six additional deaths from COVID-19 in Alexandria, as the death toll from the virus now stands at 83.

“This is the most deaths related to COVID-19 in a one-week period since June, and the total is now 83 deaths,” the Alexandria Health Department noted. “The increase in fatalities coincides with Alexandria’s highest seven-day running average of (41.6) positive cases since the pandemic began.”

There have also been 383 total hospitalizations since the onset of the pandemic in Alexandria. About one in 13 city residents who tested positive for the virus have been hospitalized, according to the Alexandria Health Department.

Across Virginia, there have been 4,208 deaths and there are or have been 258,870 cases of the virus. There have been 3.5 million PCR (polymerase chain reaction) tests and the state’s seven-day positivity rate is 10.8%.

Mental health-related emergency room visits are also on the rise, according to the city.

“The holidays are normally a time of increased stress, but with more positive cases of COVID-19 in Alexandria and the region, this year’s holiday stress may be compounded by feelings of isolation and depression,” according to AHD. “Self-care techniques, such as reaching out to loved ones, exercising and getting enough sleep, can help manage normal holiday stress. The City has compiled coping resources.” 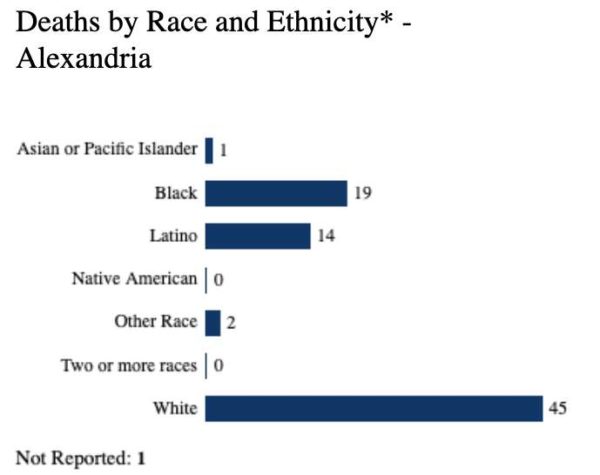 There are or have been 3,024 women (with 40 deaths) and 2,749 men (with 42 deaths) in Alexandria with the virus. The only age groups that have not experienced a death so far are children and teenagers.

Latino residents have the most infections with 2,416 reported cases (with 14 deaths), white residents with 1,277 cases (45 deaths), and Black residents with 1,138 cases (19 deaths). There are 207 cases with Asian or Pacific Islander residents (one death), 160 cases classified as “other” (two deaths) and four native American cases (no deaths).

There have also been 49 outbreaks in the city (an increase of six since last week), including 12 at long term care facilities, 28 in congregate settings, foive in child care settings, one at a college, one in a K-12 setting and one at a correctional facility.

There have been 540 cases associated with the outbreaks. Health care workers also make up 370 positive COVID cases, according to VDH. 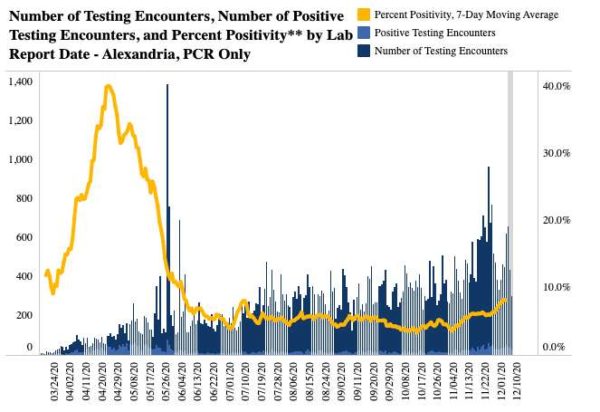 Need a test? Find out where tests are administered here.