Six months after approving construction for the southern entrance to the Potomac Yard Metro station, the final plans are going to the Board of Architectural Review on Wednesday, October 21.

City Council unanimously approved the second entrance for the Potomac Yard Metro station in April. The project includes a bridge over wetlands that connects to the northern entrance, . The city is planning for the southern entrance to open at the same time as the station in March 2022.

The station’s designers have made small revisions to their initial proposal, and the final design has small modifications, including the size and angle of the southern pavilion entrance roof. 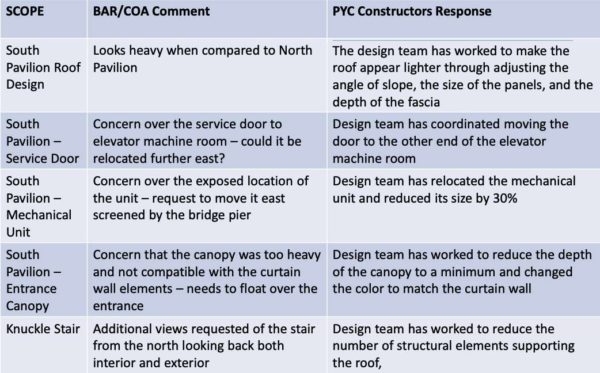