Construction of the Potomac Yard Metro station is track as the City Council prepares to approve the final southern entrance site plan for the project this December.

“Right now we are both on time and on budget,” Daphne Kott, a project manager in the Department of Project Implementation, told City Council in a legislative meeting on Tuesday night. “Every day there’s three active construction areas… Working on the foundation of the platform, in the mezzanine and continuing to work on the north pavilion.”

The city has also been reimbursed most of $70 million worth of grants for the project, which is estimated to cost $320 million. Last month, Council approved a proposal adding Virginia Tech’s initials to the station, and the name change has yet to be approved by the Washington Metropolitan Area Transit Authority.

“It’s amazing to see something that we talked about for a quarter of a century finally start to come to reality,” Mayor Justin Wilson said.

The Metro station is planned to open by spring 2022. 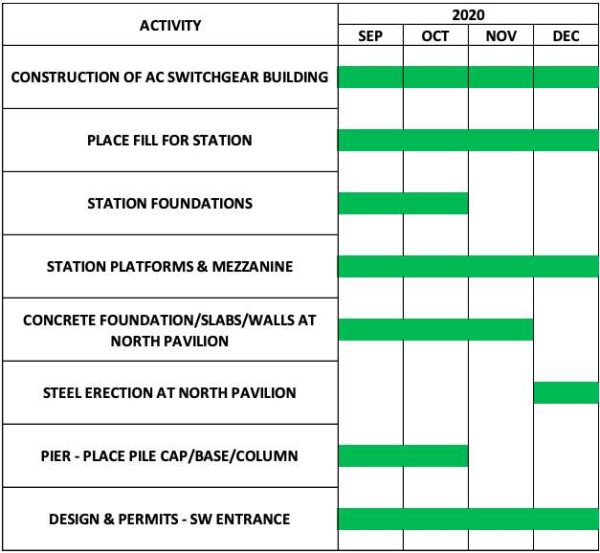 Tabletop gaming shop coming to Old Town North — “Large ‘Coming Soon!’ signs are up in the windows of a store at the corner of Wythe and North Washington streets —…

A last-minute disagreement between city staff and developers of a new development in Carlyle raised concerns about fairness in the city’s development process. There was little indication before the City…

Alexandria Hyundai has been taking up space on three blocks of Mount Vernon Avenue for 21 years, and owner Kevin Reilly is submitting a plan to be able to stay…

Bonaventure has released its second concept design for its mixed use shopping center proposal for 2525 Mount Vernon Avenue in the middle of Del Ray. Bonaventure made a few big…