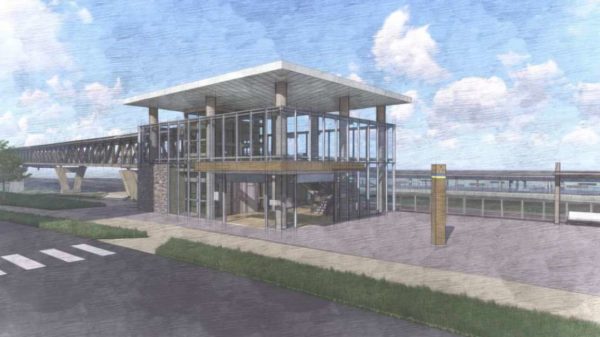 Council approved the name to be the Potomac Yard – VT station. Now the name change goes before the Washington Metropolitan Area Transit Authority for final approval.

Virginia Tech’s $1 billion Innovation Campus is promised to bring a massive redevelopment to the area. Earlier this month, Council deferred the name change after expressing concerns that the site would not meet Washington Metropolitan Area Transit Authority naming guidelines.

The Metro station is planned to open by spring 2022 and the Innovation Campus is scheduled to open in the fall of 2024. The campus will accommodate 750 computer science master’s degree students per year and more than 100 doctoral students and postdoctoral fellows.

“This is going to be a partnership, one that’s going to last as long as the station,” Chapman said at the meeting.

END_OF_DOCUMENT_TOKEN_TO_BE_REPLACED

More Stories
Police Investigate Shots Fired in Landmark AreaAsk McEnearney: To Sell My House Do I Have to Neutralize Everything?