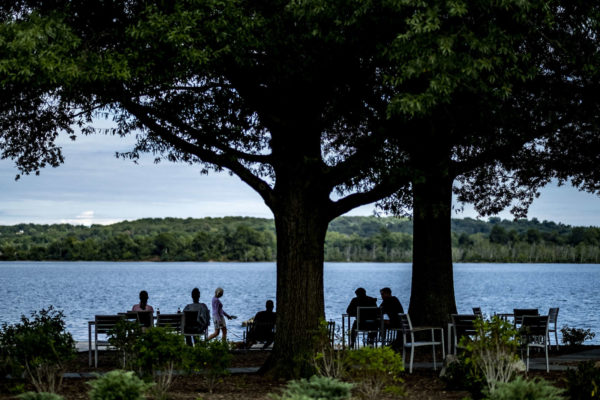 COVID Cases in Alexandria Jump by 21 — “The latest update from the City on COVID-19: Positive tests up 21 to 3,436 in the City; 7-day Positivity Rate down to 4.0%; 1 new hospitalization; Still safer at home, wash hands, wear masks and support our essential workers.” [Twitter]

Alexandria Democratic Committee Hosting Virtual Labor Day Picnic — “Thrilled to announce that the Biden Harris campaign’s National Political Director Erin Wilson will be joining the ADC as a special guest at our Labor Day Celebration!! You will not want to miss this unique opportunity to hear from Erin about the upcoming 2020 election!” [Facebook]

Former Mayor Silberberg Laments Loss of 150-Year-Old Tree at T.C. Williams High School — “You could almost hear a collective gasp throughout the city as the news spread. It didn’t have to be this way. Almost 3,000 Alexandrians, including me, had signed a petition to save the Witness Tree, which was so aptly named by McArthur Myers…In fact, with a little more creativity, the tree could have been a focal point of the stadium’s new design. The stadium’s architects should have been far more creative in using the tree as a centerpiece for its new plaza.” [Facebook]

Beyer Says Trump Trashed George H.W. Bush For Being Shot Down in WWII — “Trump referred to former President George H. W. Bush as a ‘loser’ for being shot down by the Japanese as a Navy pilot in World War II (Bush escaped capture, but eight other men shot down during the same mission were caught, tortured, and executed by Japanese soldiers).” [Twitter]

Here’s How ACPS Will Virtually Track Attendance — “Every day counts when it comes to school… (F)ind out how we’re tracking attendance and what you can do to help your child be present and ready for learning at home.” [Facebook]