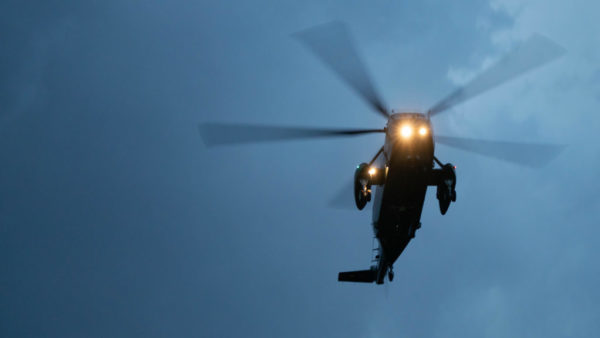 A local addition to the National Defense Authorization Act — a $740 billion bill approved through the House and Senate and headed to the White House — would require the Pentagon to establish a helicopter noise abatement group for the region.

Helicopter noise has long been a local complaint in Alexandria, perhaps second only in overhead noise controversy to sound coming from National Airport.

The amendment was sponsored by Rep. Don Beyer (D) would also require the Pentagon to establish a noise inquiry website based on the DCA’s complaint website.

“Since I took office, complaints about aircraft noise have been one of the most consistent sources of calls to my office,” Beyer said in an email. “We get calls about airplanes on approach and departure to and from DCA, and increasingly about military helicopters across the region, many of which fly in and out of Fort Belvoir. I had a town hall on the issue a few years ago in Fairlington, which has been particularly affected, and it was clear that people wanted ways to track and report noise complaints, and to have a forum for ongoing discussion about ways to mitigate that noise which would include input from the local community.”

While the bill has been approved by both chambers, a threatened veto over changing the names of bases named after Confederate leaders could still keep the helicopter noise solution from moving forward.

“With its adoption in the House we are now on track to get this enacted,” Beyer said. “Given the work that MWAA has already done in some of these areas it just makes sense for the Pentagon to look at what they have done, take what worked well, and make changes in areas that they could improve.”