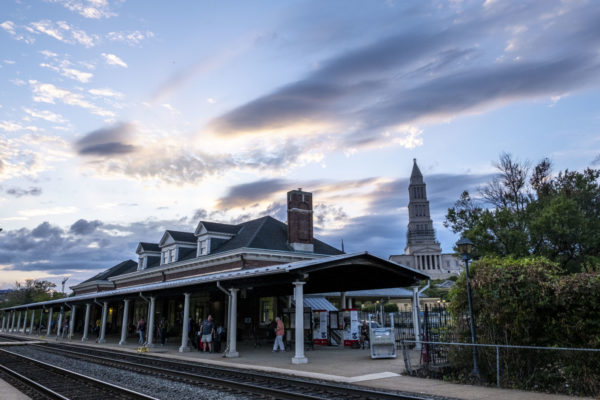 The plan is to create new Americans with Disabilities Act-compliant access with a grade-separated pedestrian tunnel and elevator access. The expansion will also allow the station to take two trains at any given time, with one at each platform. The change is part of a regional effort to reduce the system’s bottleneck around the D.C. area.

The project will provide an ADA-compliant, grade-separated pedestrian tunnel and elevator access between the two platforms at the VRE/Amtrak station in Alexandria and modify and extend the east platform at the station to accommodate eight-car trains and enable the platform to service two trains simultaneously, from a track on each side of the platform. The west platform adjacent to the station building will also be modified to raise its height relative to the top of rail as part of the project. Project funding sources include state SmartScale and Federal funds (through VDOT) to eliminate railroad grade crossings. Currently the project schedule is slightly ahead of the final year of funding allocation, which must be addressed with VRE’s funding partners through either reprogramming of funds or short-term borrowing.

The project is scheduled to go to the Planning Commission on September 1. The project was originally scheduled to be presented to the City Council in May, according to the VRE website, but the pandemic limited the scope of council meetings.

Construction on the project is estimated to start in 2022.