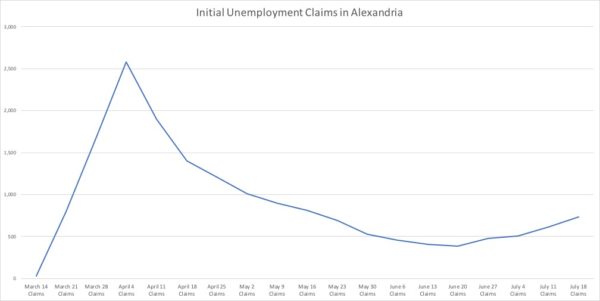 Gov. Ralph Northam has raised the possibility of moving back into the shutdown if coronavirus cases continue to increase, but the state’s data indicates many Alexandrians still haven’t recovered from the first shutdown.

Alexandria’s continued unemployment continues to hover around 6,000 people with new claims reaching mid-May levels, according to the Virginia Employment Commission.

Every week since June 20, new unemployment claims in Alexandria have continued to climb, from 386 claims that week to 731 claims the week of July 18, the most recent for which there is data. 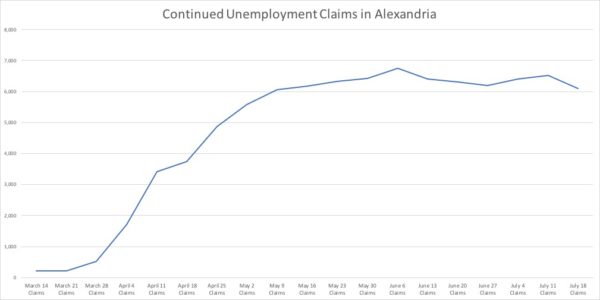 The number of initial unemployment claims increased despite of the city moving into Phase 3 of reopening, and the change seemed to have hardly any impact on the continued unemployment claims. The uptick for initial claims started roughly when Phsae 3 began and has only continued to increase.

The numbers remain dramatically higher than the pre-coronavirus unemployment figures, where the latest figures were roughly 33 continued claims across Alexandria.