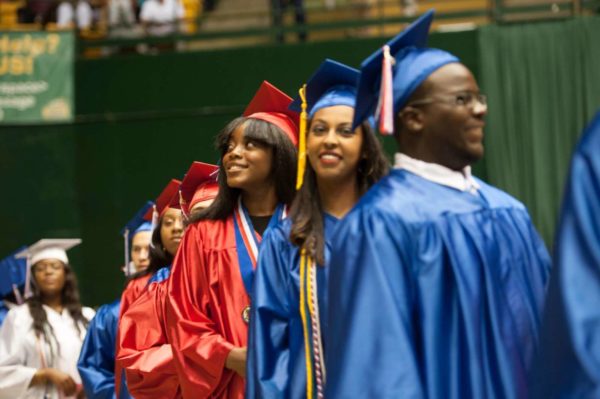 Alexandria African American activists and leaders virtually came out in force on Sunday to demand that T.C. Williams High School be renamed.

“When I first learned that the high school that I graduated from was named after a segregationist and a racist, I was appalled,” said Lindsey Woodson Vick, a T.C. grad, who organized and led Zoom chat with advocates for changing the school name. “We owe better to the people who came before us and the people who will come after us.”

Vick’s father, Howard Woodson, led an effort to change the school name in the early 2000s.

Woodson, the former president of the Alexandria NAACP, wanted to get the school renamed when the school board approved a massive renovation in 2004.

“When I came to Alexandria in ’75, I was appalled to find out that a couple years before that the teachers lounges have been segregated,” Woodson said. “Black teachers were not allowed to go into the same lounge with white teachers. The school board heard our statement and did nothing, decided to keep the name and here we are today.”

The city, over the last month, has seen Black Lives Matter demonstrations in the wake of George Floyd’s death, prompting the Alexandria City Public School system to condemn systemic racism, in addition to increased focus that has been put on the police and quality of life issues throughout the city.

Thomas Chambliss Williams, who was the superintendent of the city school system from the 1930s to the 1960s, was a segregationist who advocated against integration. A petition to rename the school was submitted to the school earlier this month, and more than 170 people signed it, including Del. Charniele Herring, Del. Mark Levine, City Councilman Canek Aguirre, Councilman John Taylor Chapman and Councilman Mo Seifeldein.

“I do not want my daughter having to see that name every day when she goes to school,” said one parent. “That’s just shameful.”

Vick said that the school board has agreed to put the issue up for discussion in September, but that she wants the board to address it next month.

“We need to remain vigilant and make sure that the school board right this is something that needs to be done today,” Vick said. “Not tomorrow, not next week, not in September, but now.”

Board Chair Cindy Anderson said that wouldn’t be possible, except to open the topic for discussion. The upcoming July 10 meeting will cover the reopening plan for this fall, and she said that the school system has so far been focused on contending with the pandemic.

“We actually have to let people know before we vote,” Anderson said. “We have to have public engagement before we vote to even change the name.”

Anderson added, “I understand the urgency… I’m in communication with, with the superintendent and the policy person about this and the kinds of things that we need to do to follow the steps that have been in our policy.”

Glenn Hopkins led an effort to try to get the name changed in the 1990s, and hopes for different results this time around.

“We absolutely must change the name of T.C. Williams High School,” he said. “We don’t have a choice because the time is now, and I expect my friends on the school board to get behind this and make up what for they should have done years and years and years ago.”

Christopher Harris, the current Alexandria NAACP president, is a T.C. graduate, and said he was always proud to be a Titan, until he began to understand who T.C. Williams was.

“Every time someone goes in that school, they have to walk underneath the name and a banner of an individual that does not want us there,” Harris said. “Not only will it be a political issue, it’s gonna be an ethical issue, an issue that a lot of people are gonna have to look themselves in the mirror and say, ‘Okay, it is time to make this change.'”