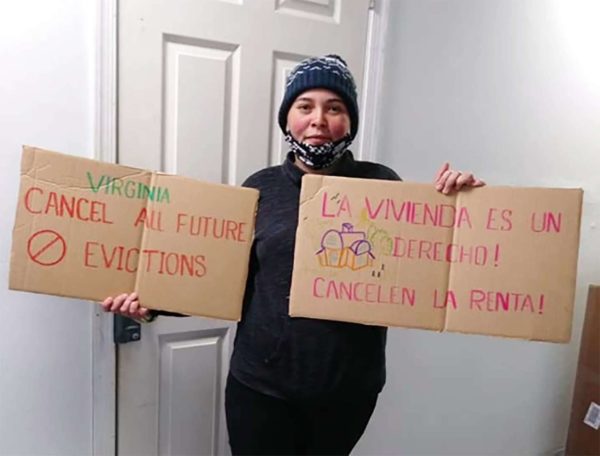 Tenants & Workers United will lead a rent protest in Arlandria today starting at 5 p.m., and the organization is asking low-income residents to make themselves heard by joining along in their cars or banging pots and pans from the windows of their residences.

The caravan is scheduled to assemble at 4:30 p.m. and will go through Arlandria with the message that rents in Virginia should be canceled during the pandemic. The protest is planned to last until 6 p.m.

“Make a sign with a message to the property managers to cancel rent,” Tenants & Workers United recently posted on Facebook. “Make noise with your pots & pans! Take pictures or videos and use #CANCELRENTVA on social media.”

On the West End, residents at the Southern Towers apartment complex are also threatening to strike, as the city is working with the landlord on a compromise.

A similar protest is also planned for Columbia Pike in Arlington. The protests coincide with International Workers’ Day, a day when labor movements traditionally protest to advocate for progressive reforms.

City Councilman Canek Aguirre previously told ALXnow that the city’s Latino community is deeply concerned about the pandemic, and hopes landlords take it easy on their tenants.

“There’s a lot of anxiety, and a lot of fear when it comes to having to pay rent that goes even beyond the fear of getting sick,” Aguirre said. “It’s difficult because the Latino community is facing multiple risks. We’re talking about a community that is likely working on the front lines, they’re having to take public transportation and they lack access to health care.”

Two weeks ago, the City Council voted to direct $671,570 in federal funding to provide rent assistance for low-income families in Alexandria. Council also passed a measure asking state and federal officials for a rent and mortgage freeze. The federal funds are available through the Coronavirus Aid, Relief, and Economic Security Act and includes $1.1 million in block grants and $585,127 in Home Investment Partnership Program funds.

As previously reported, the city is continuing to work on a rental assistance program.

City funding can currently provide $500 in monthly financial assistance per home, according to city officials, and the funding is expected to help about 450 households. The city’s Office of Community Services also offers up to $6,000 per year to help low-income seniors pay their rent and utilities.

Posted by Tenants and Workers United – Inquilinos y Trabajadores Unidos on Friday, May 1, 2020