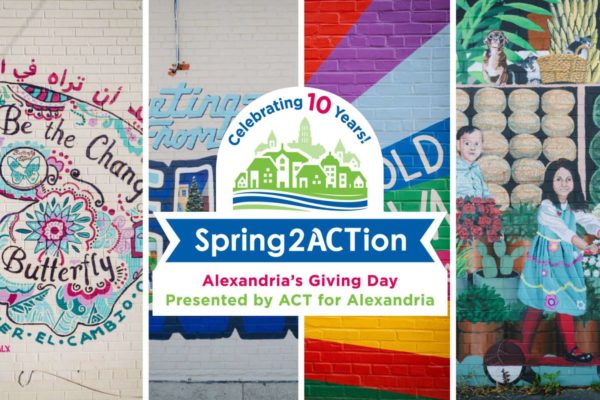 ACT for Alexandria raised $2.45 million for more than 150 local nonprofits during its 10th annual fundraiser — breaking the record for the most funds raised in a single day.

The original plan was to hold the fundraiser on April 29, but it was moved to April 15 due to an increased need brought on by the COVID-19 pandemic.

“All of these organizations are operating under a tremendous amount of stress and strain,” Peeler said. “And yet they created the marketing plans and the outreach plans to communicate with and reach new donors throughout the day.”

Spring2ACTion, which is hosted by the foundation ACT for Alexandria, has raised more than $10 million for local nonprofits since its founding 10 years ago. All donations are tax deductible and irrevocable.

We at ALIVE! always knew we lived in a wonderful, caring community. The kind of City where we look after each other,…

Wow! Thanks to many of you we raised $101,759 today! Not only that but en route to raising that money you helped us meet…

YOU DID IT!!! $2.4M raised for 156 nonprofits. More than 8,400 donors! Thank you Alexandria for coming together to support our community when we needed you the most!