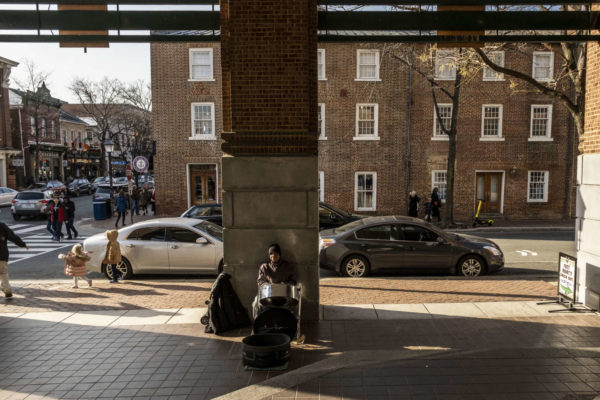 Old Town Theater Sign May Be Removed — “The Board of Architectural Review is set to consider allowing the removal and relocation of the Old Town Theater sign and other exterior changes as the space is set to become a Patagonia retail store. The meeting will be held at 7 p.m. Wednesday in Council Chamber at Alexandria City Hall.” [Patch]

APD Investigates Gunshots in Landmark — “The Alexandria Police Department is investigating a ‘shots fired’ call for service in the 200 block of South Whiting Street. Expect police activity in the area.” [Twitter]

‘Normal Weekday’ on Seminary Road — Has the Seminary Road Diet produced a rush hour traffic nightmare, as some insist? Or is it just producing modest peak period delays, as data seems to show? Video posted by a local cycling advocate, shot shortly after 8 a.m. on a recent weekday, shows free-flowing traffic and no delays, though photos posted by road diet critics show backups at intersections. [Twitter, YouTube]

Students Write, Perform Play at Kennedy Center — “Two talented eighth grade students from George Washington Middle School had the experience of a lifetime when they wrote and performed in a play at the John F. Kennedy Center for the Performing Arts earlier this month. Yahney-Marie Sangare and Sydney Payne were part of a team of young playwrights and actors who produced The Day Nothing Happened, a play about the desegregation of Stratford Middle School in Arlington.” [ACPS]