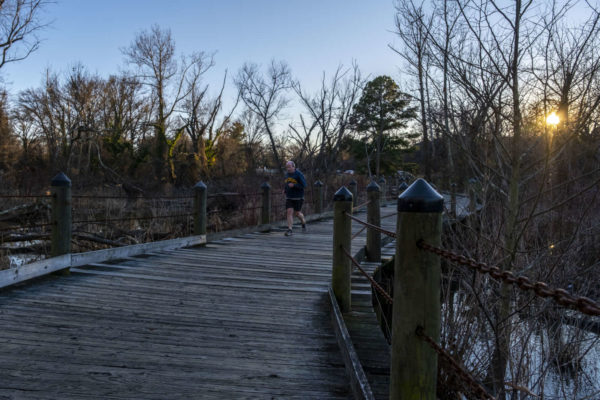 City Offers Free Tax Prep — “The City of Alexandria is offering free tax preparation to qualifying residents. Taxpayers are eligible if their income is below approximately $35,000 for individuals and $55,000 for families. Expert volunteers from Community Tax Aid, Inc. will ensure that taxpayers apply for all applicable credits and deductions — especially the Earned Income Tax Credit and the Child Tax Credit, which people often don’t realize they are eligible to receive.” [City of Alexandria]

More on King Street Pedestrian-Only Zone — “The pilot program is an opportunity to prioritize pedestrians while providing opportunities for the city to move towards urbanist goals like decreasing reliance on cars. It’s not the first time part of King Street was pedestrian-only. The idea was inspired in part by a previous effort, in 2006. Back then, the pilot program did not gain much traction as a permanent idea, though it was very popular with residents.” [Greater Greater Washington]

APD Officers Thanked for Saving Lost Man — “On January 24, 2020 Officer Vitale, Officer Harrell, and Officer Lennon located a critical missing person who was in need a immediate medical assistance. The parents of the victim came to Police Headquarters to thanked them for saving their son’s life.” [Twitter]

Update on Cop Shooter’s New Trial — “A man who was found not guilty by reason of insanity in the 2013 shooting of an Alexandria, Virginia, police officer was granted a new competency evaluation before standing trial in Prince William County on arson and stalking charges. In a brief hearing Friday in Circuit Court, Kashif Bashir repeatedly seemed to be trying to leave the courtroom, as his attorney sought, and was granted, a different psychologist to assess whether Bashir is competent to stand trial.” [WTOP]

END_OF_DOCUMENT_TOKEN_TO_BE_REPLACED

More Stories
AFD Responds to GW Parkway Crash at Dangerous IntersectionPoll: What Do You Think of the City Council’s Church Decision?