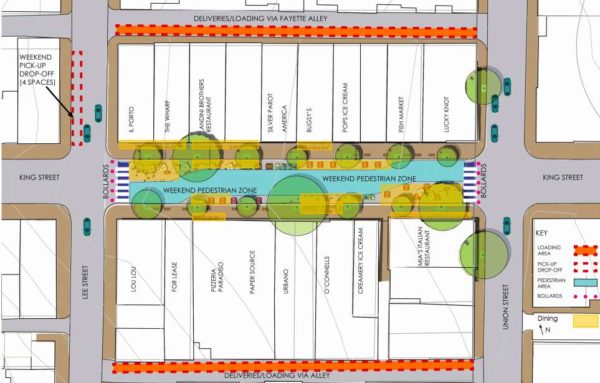 ALXnow reported last week that city officials were mulling over the idea of making a planned pedestrian-only zone on King Street permanent.

Starting April 18, a block of King Street near the Old Town waterfront — between Lee and Union streets — will be cordoned off from vehicular traffic. In place of cars, pedestrians will be able to walk down the middle of the newly-painted road as diners at the restaurants lining the block enjoy a more relaxing meal on sidewalk cafes.

The city’s Transportation Commission was so enthusiastic about the plan at a recent meeting that there was speculation that the seasonal closure could be made year-round.

What do you think about that idea?