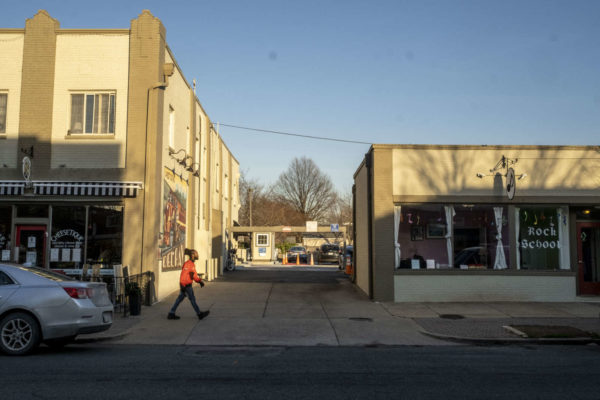 After months of gathering feedback, city staff have a better idea of what residents of Arlandria and Del Ray think their communities need.

The public feedback is the first step in an ongoing effort to update the plans for Del Ray and Arlandria made in the early 2000s.

Over the last fall, staff hosted 35 meetings, nine mobile pop-ups, two large community conversations, and received over 800 responses to an online questionnaire, according to a report filed to the Alexandria Planning Commission.

The top priorities identified in by the Del Ray and Arlandria communities are pedestrian safety, public transportation, and various neighborhood amenities. Staff did note that there were notable differences between the Spanish and English language questionnaire results.

The English language questionnaire priorities were:

The top priorities from the Spanish language questionnaire were:

With those responses in mind, staff said one of the priorities of the plan will be focusing on housing affordability in Arlandria as “the most urgent issue in the plan area based on pressing redevelopment interest… and pressure from redevelopment outside the plan area.”

The elephant in room, in that statement, is the arrival of Amazon and new development coming into Potomac Yard. Advocates in Northern Virginia have been concerned since the announcement of the new headquarters that the development would push out the area’s affordable housing options.

“Meetings in the spring will focus on developing a vision and supporting goals, as well as identifying specific issues, tools, and strategies for addressing housing affordability in Arlandria,” staff said in the report. “Staff will return to the Planning Commission and City Council in the early fall with recommendations for consideration.”

Subsequent phases of the plan will focus on other issues highlighted by the community like maintaining the neighborhood character and housing in Del Ray, pedestrian and bicycle safety, public transportation and supporting local retail.

City staff are scheduled to meet with the Planning Commission on Tuesday, Feb. 4, and the City Council later in February.

“The final plan will cover the entire Mount Vernon Avenue corridor with sections or chapters devoted to particular areas as appropriate,” the report said. “Draft options and recommendations will be introduced in spring 2021 for discussion and refinement before posting a final draft plan for consideration and adoption in fall 2021.