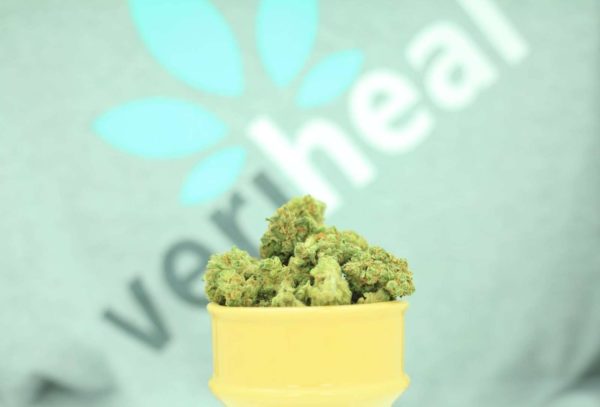 As Virginia starts making progress towards the decriminalization of marijuana, one local business is working to make it easier to connect people to medical marijuana licenses.

Veriheal, based in Old Town, educates clients about medical cannabis and connects them to doctors who can get them approved for a medical marijuana license. The company works in 23 states with its structure changing based on state laws. Anthony Dutcher, marketing director for Veriheal, said they’re working to get started in Virginia.

For $200, Veriheal will book an appointment with a licensed marijuana doctor. The cost includes the consultation fee, physician copay, medical evaluation and approval recommendation. If approved, the client will receive a medical marijuana card that can get them access to dispensaries. The company’s website says they offer a full refund if the client is not approved for medical marijuana treatment.

The company also charges an annual $200 fee for wellness appointments and follow up medical appointments necessary in places where medical marijuana cards must be renewed annually.

In Virginia, Dutcher said that the process is a little more tricky. While some medical marijuana use is approved with heavy limitations, possession of marijuana is a misdemeanor charge, and even those approved could still be arrested. The law currently only allows those with epilepsy to use medical marijuana.

“There’s a lot we can’t do in Virginia… there are not a lot of dispensaries, but we’re expecting them to open soon,” Dutcher said.

So far, Dutcher said the main work of Veriheal in Virginia has been laying the groundwork, like getting patients pre-registered to be able to legally use marijuana as soon as its legalized. Dutcher said that in many areas of Virginia, having a medical marijuana card could open up a little leeway with law enforcement if they are found to be in possession. In Alexandria, Commonwealth Attorney Bryan Porter has been taking steps to offer alternatives to prosecuting marijuana cases, though Porter has also acknowledged that his powers there are limited until the state legislature decriminalizes marijuana possession.

Simultaneously, state Sen. Adam Ebbin (D) has been leading an effort to decriminalize marijuana use — though some say those efforts don’t go far enough.

Dutcher says Veriheal also pushes for Virginia to open up telemedicine — accessing doctors via phone or computer rather than in-person visits — to help people in areas of the state without immediate access to doctors who can grant medical marijuana licenses.

“We really push that telemedicine helps open that up,” Dutcher said. “Virginia doesn’t have that yet.”

As marijuana laws continue to change, Veriheal also walks a line of tenuous relevance. In some states that are starting to open up to medical marijuana, full legalization is already on the horizon, which would eliminate the need for a medical marijuana card.

“That’s something we think about every day,” Dutcher said. “We’re diversifying, which is why we’re taking the wellness approach as well. So even if it does go recreational we can still help those people with a wellness plan.”