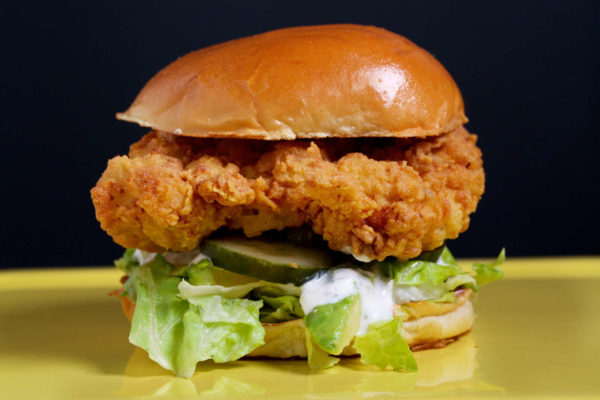 If you’ve followed the recent widespread war over the best chain-restaurant fried chicken sandwich on the market, there’s a new homegrown player in Old Town.

Reston-based Thompson Hospitality, the owner of Hen Quarter at 801 King Street, has converted the first floor of the restaurant into the southern-style restaurant The Rub. While the second floor is still devoted to Hen Quarter, the new establishment, which opened on Thursday (Jan. 17) offers five fried chicken sandwiches with fries ranging in price from $8.50 to $12.50. The sandwiches are all made to order and take about eight minutes to prepare.

The sandwiches were created by Chef Graham Duncan, formerly of Alexandria Restaurant Partners.

Carey is also the founder of Big Buns Damn Good Burger Co. in Shirlington, and partnered with Thompson Hospitality a year-and-a-half ago. He said that Thompson, which includes Austin Grill, Matchbox and American Tap Room among its brands, plans to open many more restaurants throughout the region over the next two years. Those new restaurants include a new Big Buns in Reston by this April, and a Big Buns in the Navy Yard in June.

Carey said that the fried chicken sandwich was the most popular item on the menu when it debuted at Big Buns in 2015.