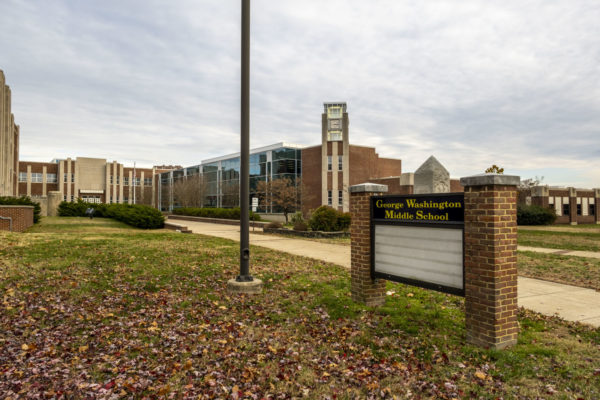 First, an old mold problem at the school resurfaced. Then there was the series of fire-related incidents at the school. School administration is hoping an environmental test can help provide a light at the end of the tunnel.

In a message sent to parents, school officials said mold was found in a number of classrooms in late 2018 and early 2019, but the issues were resolved when the school worked to fix its water intrusion issues. The issue made headlines when students at the school took the initiative and collected samples, had them analyzed, and were able to prove that there was mold growing in the classrooms.

Since then, the school has been working through various projects aimed at eliminating leaks in the school.

“Over the summer 2019, eight rooftop HVAC units that had been leaking above the auditorium and adjacent classrooms were replaced,” school administration said. “ACPS also carried out extensive roof repairs and sealed areas around windows that were found to be leaking.”

Now, ACPS is commissioning independent environmental testing at the school this month in hopes that it will show the repair work has paid off and solved the school’s mold issue.

“The entire school, including all classrooms in all wings of the building and all offices, will be tested to confirm that the building repairs and replacements have remedied our mold issues,” the school said. “The results of the tests will be shared in January 2020.”

Going forward, ACPS said it would provide the GW community with updates every quarter on projects at the school.

“While nothing can totally eliminate mold altogether, we believe that the necessary actions that have been taken over the past year have gone a long way to prevent water from entering the building and causing additional mold growth,” ACPS said.