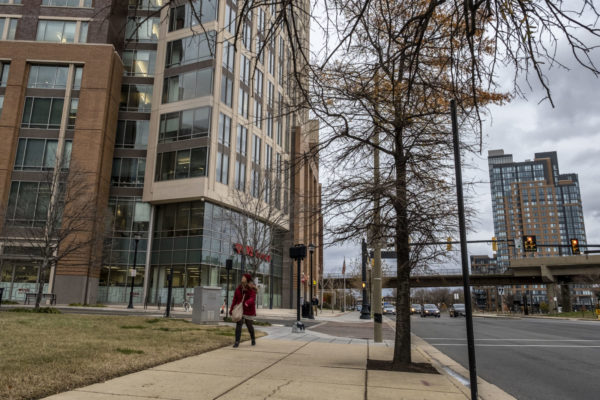 The city is hoping to bring new affordable housing to the Eisenhower Valley, but some on the Planning Commission said the city is shooting itself in the foot with snobby development guidelines.

The plans to reshape Eisenhower — a topic that came up several times this week — went to the Planning Commission on Tuesday, Dec. 3. While the commission mostly praised the vision presented in the plans, Commissioner Mindy Lyle pointed out that efforts to create more affordable housing in the area are inadvertently hamstrung by the city’s own zoning and design practices.

“We are never going to achieve our housing goals as a city unless we get over the snob factor,” said Lyle.

Lyle said that many types of housing, such as back-to-back units, two-over-two homes, and rows of housing with back-facing garages — all of which are common in D.C.’s residential neighborhoods — are frowned on in Alexandria’s guidelines.

“[These units] provide an ownership entry into the market that doesn’t have to be funded by [the city housing authority] — that can be entered into by young couples,” Lyle said. “We are doing ourselves a disservice as a city if we don’t start looking at different housing types and get over ourselves.”

Planning Commission Chair Nathan Macek argued that it was unlikely to see townhouses built in the core of Eisenhower East, where new developments will have height minimums and are expected to bring higher levels of density to the neighborhood. But Lyle said that further west there are long stretches of Eisenhower Avenue prime for townhomes.

“You’re going to see more development as you go towards Cameron Park,” Lyle said. “There are a few places there [that are] primed for redevelopment.”

Karl Moritz, director of Planning and Zoning, said that city staff are internally reviewing many of the assumptions made in the past about what types of housing could be utilized throughout the city.

“I do agree, that’s a subject worth examining,” Moritz said. “We’re looking at ways of putting houses on properties where zoning doesn’t currently allow.”