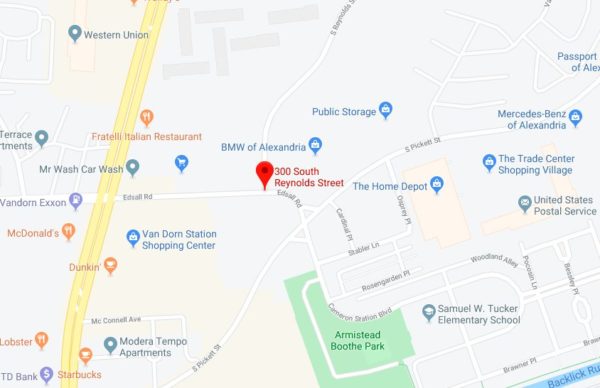 A 21-year-old Alexandria man succumbed to his injuries Friday after a shooting in the Landmark/Van Dorn area Wednesday.

Alexandria Police identified the victim as De’shon Jenkins. He was shot in the upper body and rushed to the hospital, but passed away two days later.

The shooting is the second homicide in Alexandria this year.

The first homicide of the year happened on the unit block of S. Van Dorn Street in January, after a former security company owner shot his girlfriend to death during an argument; he was convicted last month.

“Anyone with information about this incident is asked to contact Detective Ryan Clinch at 703.746.6673,” APD said in a press release, below.

The Alexandria Police Department is conducting a homicide investigation in the 300 block of S. Reynolds St.

At approximately 11:53 p.m. on October 9, police were dispatched to the area for a possible shooting. Upon arriving, officers located an adult male suffering an injury to the upper body. He was transported to a local hospital.

On October 11, the victim, De’shon Jenkins, a 21 year old Alexandria resident, succumbed to his injuries.

This investigation is ongoing. Anyone with information about this incident is asked to contact Detective Ryan Clinch at 703.746.6673.

This is the second homicide in Alexandria this year.