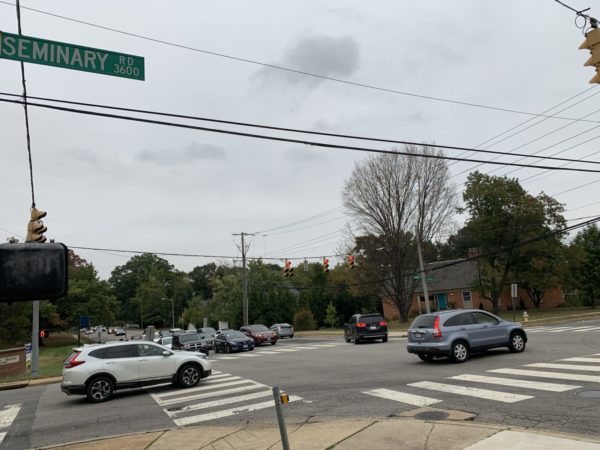 The controversial redesign of Seminary Road is set to be put into action starting Monday (Oct. 14).

From Monday through Friday of next week, the Public Works Services Division is scheduled to start resurfacing Seminary Road from N. Howard Street to Library Lane. The work, through the heart of the primarily residential Seminary Hill neighborhood, will take place between 8 p.m.-5 a.m.

“The City recognizes that night paving will be an inconvenience to residents living along this section of Seminary Road,” the city said in a press release. “However, night paving of Seminary west of N. Howard Street will enable the work to be completed more quickly and safely, due to that section’s proximity to I-395. The City contractor will be working under a noise variance permit and will take steps to mitigate noise as much as possible.”

The second segment of the resurfacing, between N. Howard Street and N. Quaker Lane, is scheduled to take place between 9 a.m.-3:30 p.m. from the following Monday, Oct. 21, to Monday, Oct. 28.

The press release noted that drivers should expect short-term lane closures and parking restrictions on side streets, but roads will fully reopen to traffic at the end of each work day. The planned work will not be taking place over weekends.

After the street is repaved, crews will restripe it in alignment with the city’s Complete Streets plan.

“The changes will take the road from four travel lanes to two travel lanes, a center turn lane, and buffered bike lanes,” the press release said. “Additional pedestrian improvements, including crosswalks, islands and a temporary sidewalk will also be added. Seminary Road was identified in the City’s Transportation Master Plan for potential improvements to ensure safety, mobility and accessibility for all roadway users.”