Updated at 7:45 p.m. —  The 1800 block of Mount Vernon Avenue has reopened after small sinkhole was discovered Thursday night.

The Alexandria Police Department shut down Mount Vernon Avenue between Duncan Avenue and E.Bellefonte Avenue at around 6:30 p.m. to await a representative from the city’s Department of Transportation and Environmental Services.

As of 7:45 p.m., the roadway reopened and the sinkhole was covered by traffic cones.

It’s been a rough week for Washington Metropolitan Area Transit Authority (WMATA), and to top things off: someone hit a Metro work vehicle in the Braddock neighborhood this afternoon.

The crash occurred around 2:30 p.m. on Oronoco Street near the intersection with N Henry Street.

There were no injuries in the crash and Oronoco Street was not closed, though the lane closure did cause a significant backup — though at least this time WMATA isn’t to blame for the delay.

James Cullum contributed to this story 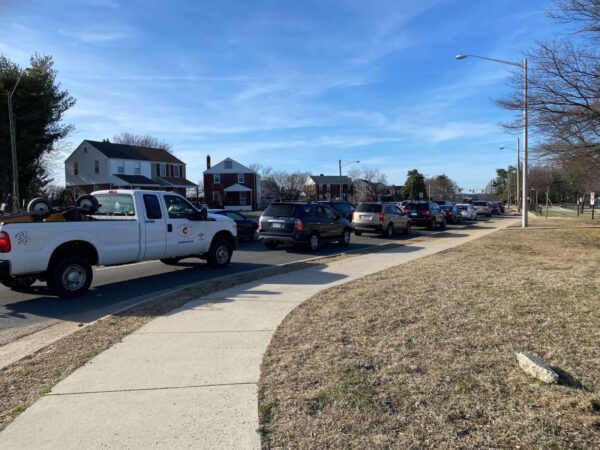 There are major traffic delays leading up to Interstates 495 and 395 in Alexandria, as a trucker convoy protesting COVID-19 mandates has entered D.C. and created miles of backups.

Traffic snaked all the way down to Jefferson Manor, just south of Huntington, which is about a half-mile from the interstate.

The convoy drove through the area last week without incident.

Heads Up, Friends! There's expected to be increased commercial and passenger vehicle traffic on the Beltway (I-495) and I-395 today.

California, New York and Pennsylvania where just some of the trucks that are currently grinding traffic to a halt on 395 north… police and DDot blocking access to downtown. Soooo if you happened to be trying to get home like me, it’s going to be a while… pic.twitter.com/oztQNCUyWE

#BREAKING: Expect heavy traffic delays along I-395, Southbound DC-295 to I-495 due to the trucker convoy from Hagerstown. @DCPoliceDept are closing some streets and exits into DC to keep traffic moving. https://t.co/L1sdaVv9hy 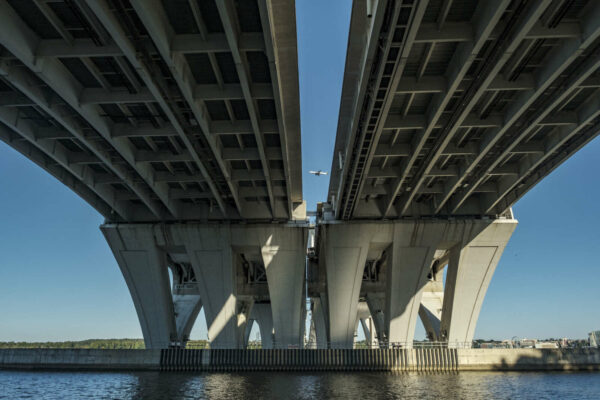 The Virginia Department of Transportation (VDOT) said on Twitter that bridge openings are planned for 11 p.m.-4 a.m. tonight (Tuesday) through Wednesday morning.

While the bridge can sometimes open for interesting ship traffic, tonight’s opening is for routine testing.

3 Comments
News
Traffic on I-395 (staff photo by Jay Westcott)
Expect traffic at the Duke Street exit on northbound Interstate 395, after an accident at 2:40 p.m. (via Google Maps)
Previous Image 1/2 Next Image

Expect traffic around the Duke Street exit on northbound Interstate 395, after a crash occurred at around 2:40 p.m. Tuesday (August 10).

The crash involved a black SUV and a tow truck, according to officials.

The front airbags of the SUV deployed, and the driver of the SUV reportedly complained of neck pain after the crash, although she was not taken to Inova Alexandria Hospital.

Virginia State Police are handling the incident and the two vehicles have been pulled over to the shoulder of the roadway.

(Updated 1:25 p.m.) Southbound drivers on Beauregard Street were forced to find a detour around noon today (Friday) after a burning garbage truck closed southbound lanes at the intersection with Roanoke Avenue.

James Cullum and Vernon Miles contributed to this story. Map via Google Maps

(Updated at 2:50 p.m.) Traffic is reopening as Alexandria Police are investigating a hit-and-run crash at the intersection of S. Patrick (Route 1) and Franklin Streets in Old Town on Tuesday morning (May 4).

Two of the drivers were injured and transported to the hospital with non-life threatening injuries and the third driver left his car at the scene and ran away on foot, according to police.

A suspect description was not available.

The crash briefly shut down Franklin Street and one northbound lane of S. Patrick Street to traffic. At around 9:15 a.m., the three cars were towed away. 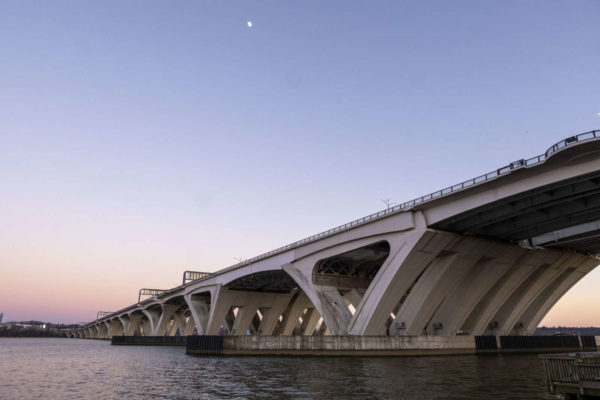 A planned Woodrow Wilson Bridge opening tonight could disrupt travel plans for late-night drivers on I-495.

According to an alert, the bridge could be impassable from 11 p.m. tonight (Tuesday) until sometime Wednesday morning (Nov. 18). VDOT warned that travellers should expect delays and consider other routes.

The closure is planned for testing systems on the bridge, sadly — no interesting ship activity on the docket.

2 Comment
News
A medical emergency shut down Quaker Lane and 33rd Street on the morning of November 5, 2020. (Map via Google Maps)
Previous Image 1/2 Next Image 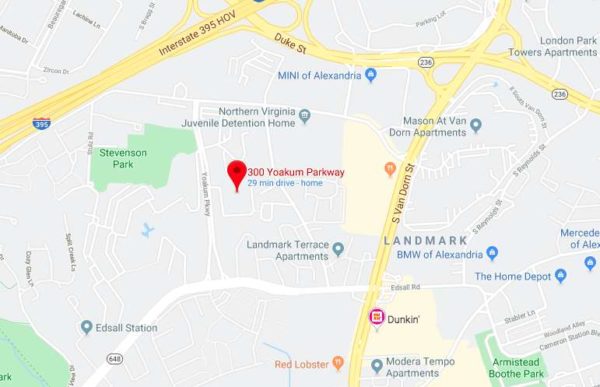 A man remained hospitalized with serious, though non-life threatening, injuries after a crash on Yoakum Parkway yesterday, according to police.

The 300 block of Yoakum Parkway was closed in both directions around 5 p.m. yesterday (Monday), up to Stevenson Avenue, police tweeted. An adult male pedestrian was struck by a vehicle, police spokesman Lt. Courtney Ballantine told ALXnow, with serious but life-threatening injuries that left him hospitalized.

Yoakum Parkway is a popular thoroughfare near Landmark Mall, connecting several residential communities to Edsall Road and the Beltway.

Ballantine said the crash is still being investigated by the police department’s crash team because of the seriousness of the incident.