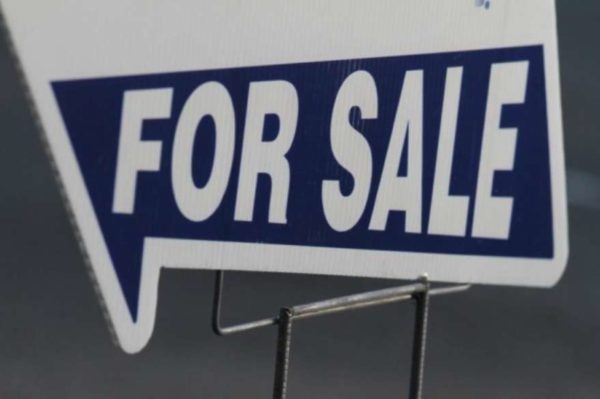 Want to go into business in Alexandria?

The latest listings on BizBuySell show all kinds of companies for sale in the city.

Thinking about going into business in Alexandria?

It can sometimes be easier to buy an existing business, and the latest listings on BizBuySell show all kinds of companies in and around the city. 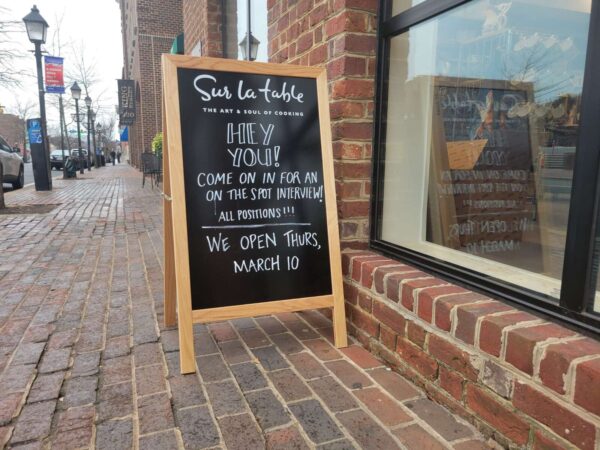 Sur La Table opened at 326 King Street in 2013, and closed half of its 121 stores around the country after filing for Chapter 11 bankruptcy in 2020. It was acquired by Marquee Brands and CSC Generation for $89 million.

The company, which was founded in Seattle in 1972, is also the largest provider of non-degree cooking classes in the U.S.

The following cooking classes have been announced for the Old Town store:

3 Comments
News
Alexandria Police cruiser (staff photo by James Cullum)
There was a robbery at the home depot at 400 S. Pickett Street in the Landmark area on Jan. 17, 2022. (Via Google Maps)
Previous Image 1/2 Next Image

Alexandria Police are investigating a robbery committed by five people at the Home Depot at 400 S. Pickett Street in the West End.

A Home Depot employee followed five people out of the store on Jan. 17, after they walked past the point of sale and out the exit with a shopping cart full of hand tools, gardening tools, and electric and gas-powered tools, according to a search warrant.

The suspects fled the scene in two vehicles with Maryland plates — a gray Honda CRV and a dark blue Nissan Maxima.

“(A)n employee of the Home Depot… attempted to grab the shopping cart full of items that was being pushed by one of the suspects,” police said in the search warrant. “The suspect pushed (the employee) and they began to struggle. (The employee) disengaged when a second suspect exited the Nissan Maxima. Those two suspects grabbed one item each and left the scene.”

The previous day, on Jan. 16, the owner of the Honda CRV reported that it was stolen from Prince Georges County. The Honda CRV was pulled over during a traffic stop in Washington, D.C. on Jan. 30, and the driver, who did not have a key fob for CRV, was arrested for vehicle theft.

Local developer Bonaventure hopes their new shopping center in the middle of Del Ray could be constructed as early as summer 2025. That’s if all goes according to their plan.

Right now the plan for 2525 Mount Vernon Avenue is still in its conceptual phase, but includes a four-story, 43-foot-tall building with 12,530 square feet of retail and 79 rental units on the one acre lot. Bonaventure is not planning on including any affordable housing units in the project, and will instead contribute to the city’s Housing Trust Fund.

Bonaventure also owns the 144-space parking lot across from Pat Miller Square on Mount Vernon Avenue and E. Oxford Avenue, which will be available for residents of the new building, but shoppers will be relegated to parking on the street.

Barring unforeseen circumstances, the developer wants the plan to go to the City for review in November, followed by the final site plan and building permit process, and then upward of a year-and-a-half for construction.

“If things go according to our schedule, we would go to public hearing in November,” said Cathy Puskar, an attorney for Bonaventure. “Following the public hearing, there’s a final site plan process and building permit process, and we would look to start construction in the fourth quarter of 2023, and the building would be completed in 18-to-20 months.”

Multiple persons of interest have been identified after an attempted break-in and arson at a 7-Eleven store in the West End.

At around 4:30 p.m. on Monday, Jan. 3, four-to-five males walked into the 7-Eleven at 2 S. Jordan Street and “using incendiary devices committed the offense of arson,” according to a police search warrant affidavit.

No arrests have yet been made.

The fire may have been started as a “possible precursor to the offenses of grand larceny and burglary, based on similar cases throughout the District of Columbia metropolitan area,” police said in the warrant.

As previously reported, officials are investigating similar fires at 7-Eleven stores in the region. The most recent was a fire reported early New Year’s Day in Forestville.

Significant damage was made to the store, and police are actively investigating the incident with the Fire Mashall’s Office.

“Investigators recovered evidence from the incident and have submitted the evidence for analysis,” Alexandria Fire Department Raytevia Evans told ALXnow. “Investigators have identified several persons of interest who may have been involved.”

Alexandria Police are still searching for a man who robbed the CVS at gunpoint just before midnight on Saturday, Jan. 23.

The store is open 24 hours, and a man brandished a handgun during the robbery. No one was injured and an undisclosed amount of cash was stolen from a register.

“Currently, there are no arrests made related to this incident,” Alexandria Police spokesman Marcel Bassett told ALXnow. “We believe there was one suspect working alone in this incident but it is an open investigation and we do not limit ourselves until an investigation is complete.”

Police did not provide a suspect description.

Notification:: There is a heavy police presence in the 5100 block of Duke Street. This is in response to an armed robbery from a business. No injuries reported. APD is on scene investigating. pic.twitter.com/OJWLMGdM31

Sixteen months after being forced to closed due to bankruptcy reorganization, Seattle-based kitchenware retailer Sur La Table is planning to reopen at 326 King Street.

The company won’t say exactly when the reopening will happen, but ALXnow was tipped off after Sur La Table posted a $70,000 a year job for a full-time manager for the store.

“We can confirm that Sur La Table is reopening in the area, but we do not have a timeline we can share at this time,” the company told ALXnow in an email.

Sur La Table, which opened at 326 King Street in 2013, had to close approximately half of its 121 stores around the country. The Old Town store closed at the end of September.

“From Tuesday through Sunday we’ll be running a raffle from local businesses, studios and gyms,” Assistant Manager Michael Heit said in an email. “Raffles include local coffee, southblock giftcards, three month and two month memberships to gyms and studios along with a free year membership to Snap Fitness on King Street!”

Heit said the store will also have smaller giveaway prizes this week, along with samples and coupons to other local businesses.

“Our cold weather running tight, the Rainier, is by far our most popular item right now for the colder weather months,” Heit said. “We can’t wait to open for everyone to see the gorgeous new space, never would have guessed it had been a La Tasca for all those years!” 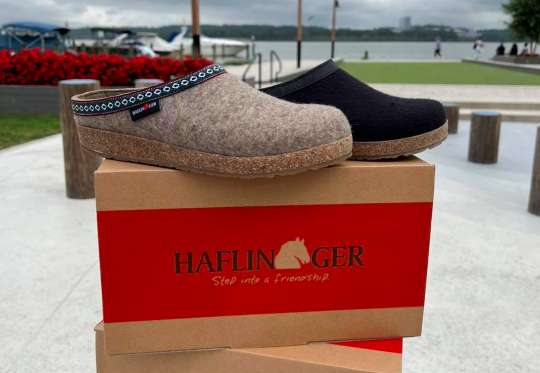 Faced with a drastic disruption in foot traffic, Alexandria-based Comfort One Shoes had to pivot. The pandemic forced the company to focus its energy on online sales, bringing in more casual merchandise and closing the Union Station location in D.C.

Company President Garrett Breton says the efforts made 2021 sales higher than the pre-pandemic year of 2019.

“The Old Town locations (200 and 201 King Street) are on fire right now,” Breton told ALXnow. “People are wanting to go out and do stuff. They want to see their friends, and they need new shoes, because if you try to put your old dress shoes back on and go to the office, even if it’s one day a week, you’re pretty miserable.”

Comfort One Shoes sells brands around the world like Mephisto, Beautifeel, Ecco and Dansko at its 14 locations in Maryland, Virginia and D.C. The company’s Dupont Circle location has been the most successful of the stores for years, but the reduction in Metro traffic has changed things.

“Before we went into the pandemic Dupont Circle was our number one volume store,” Breton said. “It won’t be for a really long time, maybe never again. It’s based on downtown commuter traffic. People have to walk from the metro to their jobs. I don’t know when offices are coming back. It is what it is.”

Breton became president in January 2020 after the retirement of his father, Maurice, who opened the first Comfort One at 201 King Street nearly 30 years ago. A lifelong Alexandrian and 1998 graduate of Bishop Ireton High School, the younger Breton says that, in the early days of the pandemic, he was challenged to temporarily lay off staff he’d known most of his life. The company employs just under 100 employees, and all its stores closed between one-to-four months in 2020.

During those first months of the pandemic, Breton said, more focus was put on internet sales and he’d have to shift from buying dress shoes to casual shoes and sneakers.

“The online business grew at around 40% at the end of that crazy year (2020), and by last September we exceeded 2019 numbers,” Breton said. “That’s with tons and tons of athletic shoes, and that was not even a part of our business 10 years ago. Nobody is buying dress shoes right now. We’re selling lots of athletic shoes and a lot more slippers — shoes you just slide on to run out quickly.”