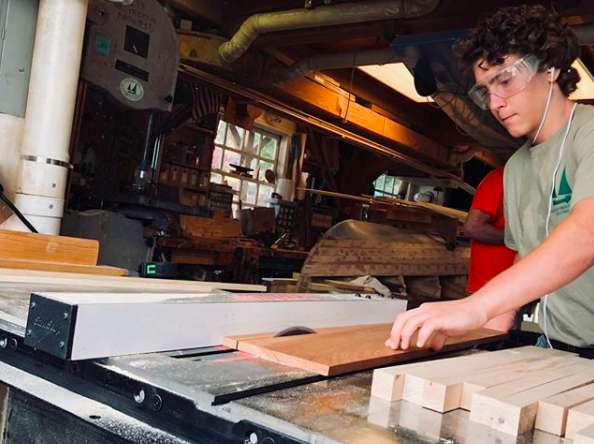 After two years in limbo, the Alexandria Seaport Foundation’s request to open a second floating Seaport Center on the waterfront is going back to City Council for approval next week.

The project was supposed to go to the Planning Commission in April 2020, but got sidelined by the pandemic. On Tuesday, March 8, Council will vote on the second center, which would be adjacent to its current location — the 1,200-square-foot McIlhenny Seaport Center at 0 Thompsons Alley.

Since 1992, the Seaport Foundation has trained hundreds of 16-to-22-year-old at-risk youngsters to become experienced woodworkers, boat builders and carpenters. The expansion would double the number of apprentices, from 15 to 30, and make up for losing its second location with the sale of Robinson Terminal South nearly a decade ago. Apprentices also have to earn their high school equivalency and take outside coursework. They’re paid between $8-$12 an hour for working Monday thru Friday from 8 a.m. to 4 p.m.

The plan for the 1,740 square-foot facility has also gotten the endorsement of the Waterfront Commission.

“The Commission recognizes the significant contribution the Seaport Foundation provides to the community,” the Commission wrote in a letter of support to Council.  “The addition of a second educational seaport center will provide the needed space to meet the increased demand to serve the City’s most vulnerable youth.” 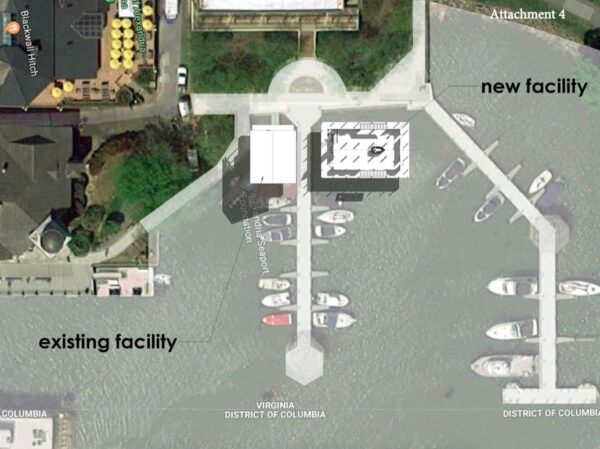 These winter mornings on the waterfront might be freezing, but at least Kaleb doesn’t have far to go. The 22-year-old wakes up early in his basement apartment in Old Town, throws on his green Alexandria Seaport Foundation uniform, runs down to the waterfront and clocks in every day at 8 a.m.

“It’s hard to grasp for me, but I’ve changed my life around. I don’t do anything now,” Kaleb told ALXnow. “I just be chillin’.”

It wasn’t that long ago that things couldn’t get any worse. When he was 19, Kaleb had already been kicked out of two high schools and even his own house. He recalls spending part of that first homeless night on the curb in the rain outside of a Fredericksburg church until someone called the police on him. The church ended up getting him a hotel room for a couple of nights, and then he spent the next two years moving from shelter to shelter and couch surfing with old high school friends.

A little more than a year ago, Kaleb joined the Seaport Foundation as an apprentice and things slowly started to look up.

“I’ve grown as a person because I feel like I’m not as angry,” Kaleb said. “Angry in general, just because of life, just stuff that’s happened. So, it’s just like learning to let things go and just let things be.”

Since 1992, the Seaport Foundation has trained hundreds of 16-to-22-year-old at-risk youngsters to become experienced woodworkers, boat builders and carpenters. Kaleb, who likes to make music on his computer with his co-workers after hours, became part of a team of a dozen apprentices who spend up to two years learning carpentry and woodworking, personal finance and budgeting, resume writing and interviewing, and other life skills.

Apprentices also have to earn their high school equivalency and take outside coursework. They’re paid between $8-$12 an hour for working Monday thru Friday from 8 a.m. to 4 p.m.

Last month, the foundation filed a special use permit with the city to build a second facility that would allow for more staff to work on-site. It would also double the number of apprenticeships. The foundation currently operates in the 1,200-square-foot McIlhenny Seaport Center (0 Thompson’s Alley), and was dealt a blow seven years ago when it lost its second location with the sale of Robinson Terminal South.

The city is looking at waterfront locations for the new, 1,740 square-foot facility, and a public hearing is expected before the Planning Commission in April.

“We’re doing this so that we can serve more kids and also have our whole staff on site,” said Seaport Foundation Executive Director Kathy Seifert. “I think it’s important to have all the staff, all the volunteers and everybody together.”

Former School Board member Helen Morris has been chair of the Seaport Foundation board for the last two years.

“Seaport can be a home, and can be that cocoon where kids can find out who they are and can have people who really believe in them. With every single one, somehow the system failed them,” Morris said. “The new location, it’s a beautiful kind of replica of what we already have… It has a big vaulted ceiling so that we will be able to do larger projects.”

END_OF_DOCUMENT_TOKEN_TO_BE_REPLACED 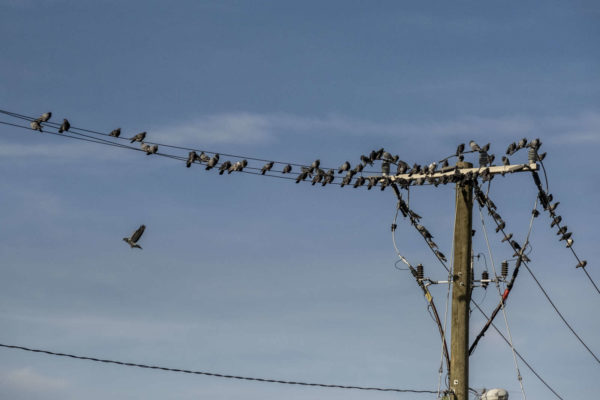 New Environmental Academy in Alexandria — “‘It’s that time of year again – Academy Time and there is a brand new Academy this Spring, the Eco-City Academy (promoting sustainability in the City), bringing the total to seven academies,’ exclaims Elaine Scott, Senior Community Liaison in the City’s Office of Communications and Public Relations.” [Zebra]

Seaport Foundation Looking to Expand — “The small, timber-frame building along Alexandria’s waterfront is noticeable — and it may be joined by another building as the Alexandria Seaport Foundation looks at expanding its space and services… The foundation wants to build a second waterfront building on the north side of the pier near their current location, allowing it to serve more youth and have space for larger projects.” [Alexandria Living] 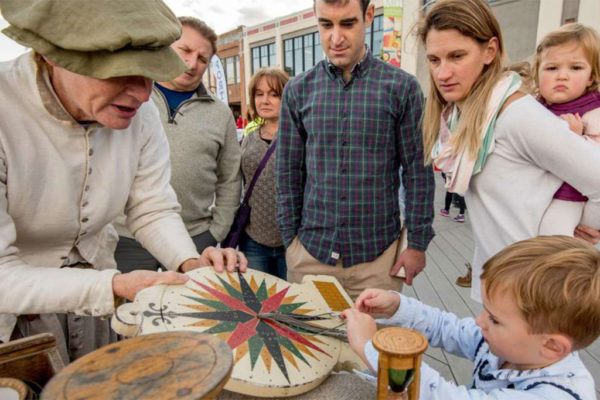 The Portside in Old Town Fall Festival, hosted by Visit Alexandria, is scheduled to run from 1-7 p.m., rain or shine. The event is free to attend and has a variety of maritime activities, live music and more lined up.

One of the main features of the event are boats crafted by the Alexandria Seaport Foundation, a local organization that teaches shipbuilding and mentors people between the ages of 16-22

There are a few educational opportunities as well, with the Office of Historic Alexandria offering lessons about the waterfront’s history and the ships discovered there.

A team from the tall ship Providence, a reproduction of nautical legend John Paul Jones’ first American command, will also be on hand to teach knot tying ahead of the ship becomes a permanent feature of the waterfront this fall.

A few activities at the festival require a fee to participate, with proceeds going to the Alexandria Seaport Foundation. Paid activities include an “Anything that Floats Race” — where participants test their engineering skills as they try to design seaworthy contraptions and put them to the test, and “splash golf” — where players practice their golf swing by hitting biodegradable fish-food golf balls into the Potomac.

There are also a variety of food and drink vendors expected at the event, including: