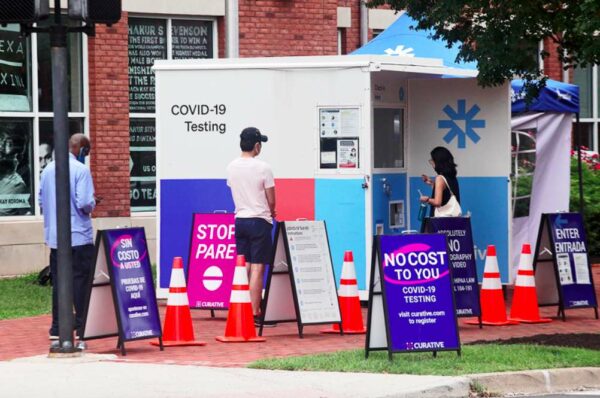 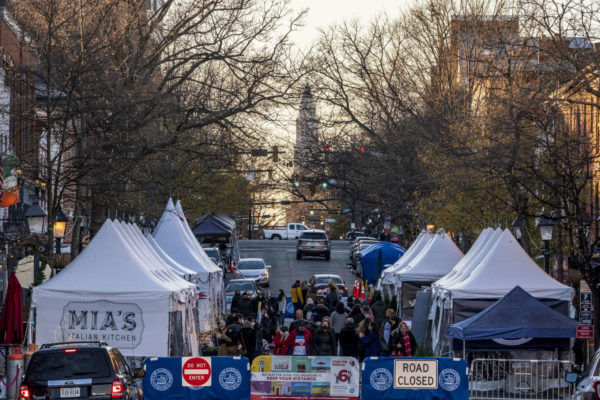 Photos: Beyer Attends Presidential Inauguration — “It was a thrill for Megan and me to be at the inauguration of Pres. @JoeBiden and Vice Pres. @KamalaHarris.” [Twitter]

Former Beyer Chief Of Staff To Begin Job In Biden Administration — “(Tanya) Bradsher will take on the new role as the senior director for partnerships and global engagement. Previously, she served as the National Security Agency lead for the Biden-Harris Transition Team.” [Patch]

Mayor Tweets Excitement After Biden Inauguration — “‘My whole soul is in it!’ So excited for the era of @JoeBiden & @KamalaHarris to get started. Let’s do this.” [Twitter]

Propane Cylinder Catches Fire in Old Town North — “Units operating in the 600 block of E Abington for a damaged propane cylinder that caught fire earlier this afternoon. Units from station 204 and Hazmat station 209 quickly assessed and handled the incident. No injuries reported. An AFD fire marshal conducted the investigation.” [Twitter]

Free Online Job Training Courses Available — “The SkillUp® Alexandria City & Arlington County initiative is available to help residents take charge of their futures and get back to work. Designed with input from regional employers, the initiative provides recently laid-off workers as well as those who are employed and looking to change or advance in their careers free and unlimited access to more than 5,000 high-quality, Skillsoft online training courses for 180 days; the courses, used by many Fortune 500 companies, are presented in English and Spanish. The initiative enables workers to demonstrate the kind of initiative employers are looking for by upgrading their skills during this challenging time even while most bricks-and-mortar education and training providers remain closed.” [City of Alexandria]

Torpedo Factory Artists’ Work To Be Recognized in International Exhibition — “Ruth Gowell and Alison Sigethy are two glass artists who have studios at the Torpedo Factory Art Center. A new museum in St. Petersburg, Florida, Imagine Museum, showcases works made of glass. The work of these two artists has been selected for the museum’s upcoming exhibition, OpART/Glass. The honor is especially significant for two reasons. First, the museum hosts only one exhibition per year. Second, it is open to glass artists from around the world.” [Zebra]

New Job: Team Member — “Toastique is a rapidly growing company looking for passionate new talent to help create smoothies, gourmet toast & juice while giving the customers an incredible experience the minute they walk through the door. Employees will be joining a team to attain a fun, clean, fresh environment for a gourmet toast and juice bar in the new SW waterfront area. We are focused on our unique concept that combines great taste, responsibly sourced ingredients, and a welcoming environment.” [Indeed] 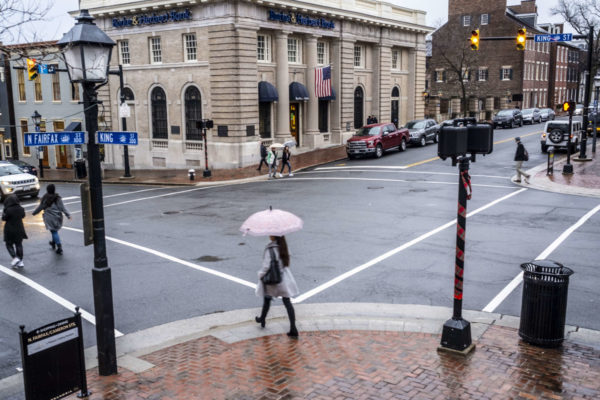 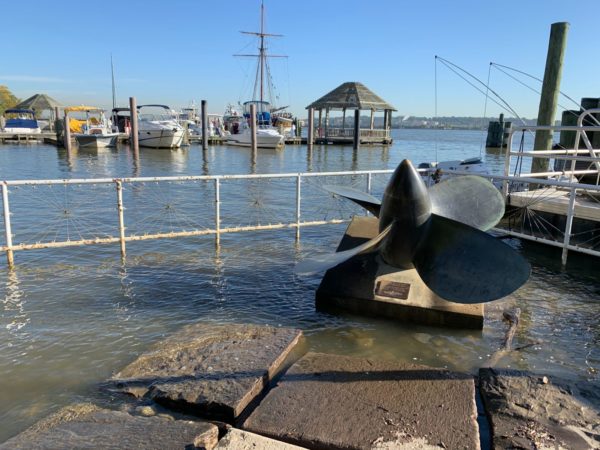 Wilson Skeptical of ‘National Landing’ Name — “For Alexandria Mayor Justin Wilson, the term National Landing was always meant to help streamline the Amazon bid. He joked that he was a resister to the name, adding he still used Potomac Yard because that’s how his constituents know the area. ‘If we talk 10 years from now, will people be calling it National Landing? I don’t know. I doubt it,’ Wilson said.” [Washington Business Journal]

VT Grad Students Helping Plan Alexandria Campus — “Fresh off of four years in Blacksburg earning a bachelor’s degree in computer engineering at Virginia Tech, Logan Eisenbeiser moved to Northern Virginia last year to pursue his master of computer engineering at the university’s Falls Church campus. Little did he know that he would be helping to set the stage for future Hokies who also will study in Northern Virginia at Virginia Tech’s future Innovation Campus.” [Virginia Tech]

Unique House for Sale in Old Town — “The house’s attachment to a condominium complex is not its only unusual aspect. It once was the registration building for the Old Colony Motor Lodge. The motel, built in 1960, was designed by Charles A. Pearson to imitate buildings in Colonial Williamsburg and at the University of Virginia… The registration building was modeled after the 1782 Benjamin Waller House in Williamsburg.” [Washington Post]

ACPS Touts Dual-Language Program — “Our school division offers K-5 Spanish-English dual language programs at John Adams and Mount Vernon Community School… Look around these classrooms and you see the diversity that makes ACPS so special, and a program at work that teaches languages while also bridging gaps by the sharing of cultures.” [ACPS]

Alexandria Declares Climate Emergency — “On October 22, the Alexandria City Council unanimously adopted a resolution declaring a climate emergency, recognizing that climate change poses a grave threat to everyone in Alexandria and around the world.” [City of Alexandria]

Next Weekend: Event for Little Historians — “Bring your little learners to the Alexandria Black History Museum for cultural stories and creative craft activities that introduce world history and folklore… All ages are welcome, but most suitable for children 3-5 years old.” [City of Alexandria]

Nearby: Belle View Fire Costs Millions — “Monday morning’s six-alarm fire at the Belle View Shopping Center began in the kitchen of one of the businesses in the center, the Fairfax Fire and Rescue Department said in a Tuesday press release… The fire caused more than $5.8 million in damages.” [Covering the Corridor, Fairfax County Fire] 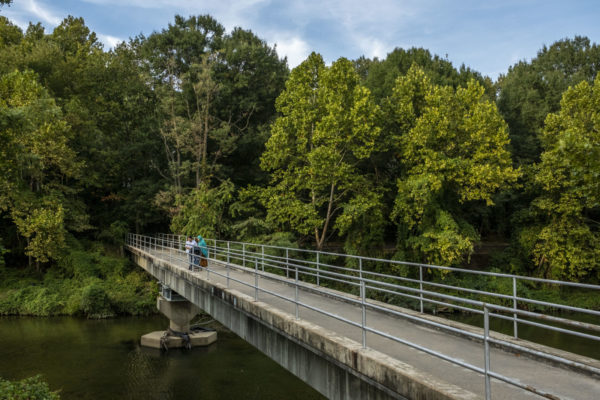 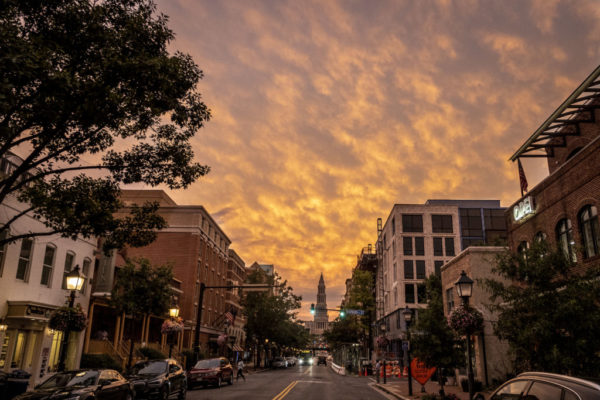 ALXnow Launches Today — This is the first post on the first day of ALXnow. Our goal is to bring Alexandria timely, relevant and useful local news coverage that uncovers unreported stories and drives community conversations. We hope you like it.

About the Morning Notes — Morning Notes posts like this one will be published on most weekday mornings and will highlight notable social media posts, press releases and the reporting of other news outlets. Most posts will be shorter than this one — we’re catching up! Each Morning Notes post will also feature a photo from around town, often from our staff photographer, Jay Westcott. You can submit photos for possible publication too: email us at [email protected] or tag us on Facebook, Twitter or Instagram.

All ACPS Schools Meet State Benchmark — “All schools within Alexandria City Public Schools are fully accredited for the 2019-20 academic year for the first time in 20 years. On Monday morning the Virginia Department of Education announced the results that all ACPS schools met the state benchmark for the first time since the accreditation system first began in 1999.” [ACPS]

Bank Manager Pleads Guilty to Fraud — “An Alexandria bank branch manager pleaded guilty Monday to stealing more than $500,000 from older customers after gaining their trust to personally handle their transactions. Fetehi Mohammed, a manager since 2015 at the Wells Fargo Bank branch near the intersection of Quaker Lane and King Street, reviewed which customers had enough money that his unauthorized withdrawals would not attract notice.” [Washington Post]

Proposed Shelter for Migrant Kids Nixed — “Plans for a facility to house unaccompanied migrant children in Northern Virginia have been scrapped after pushback from local leaders and community members. Alexandria Mayor Justin Wilson tweeted an email he received from the U.S. Department of Health and Human Services confirming that the Office of Refugee Resettlement was no longer considering Northern Virginia as a potential site for an unaccompanied migrant children shelter.” [WTOP]

Bank Robbery Suspect Arrested — “Alexandria police have a subject is in custody for robbing an Alexandria bank. The robbery happened at the 300 block of South Van Dorn street at around 11:15 AM on Saturday. Alexandria police arrived on the scene and made an arrest.” [Twitter, WDVM]

Meeting Today About Proposed Noise Law Changes — “[Alexandria] is planning major revisions to its Noise Control Code, and it is asking the community to weigh in on proposed changes to the ordinance. Changes to the code, which was first adopted more than 55 years ago in 1963, include expanded wording in the animals section, which sets specific limits on barks, howls, bays, meows, squawks, quacks or other sounds between 10 p.m. and 7 a.m.” [WTOP]

Joint Arlington and Alexandria Meeting Tonight — “Building on the two localities’ collaborative success in recruiting unprecedented new investments in National Landing, the Alexandria City Council and the Arlington County Board will hold a joint meeting on Tuesday, October 1, to discuss the development of a formal framework to continue working together on key policy issues that support inclusive growth.” [City of Alexandria]