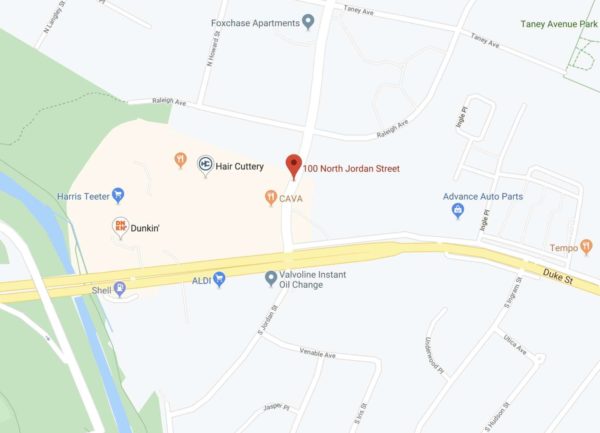 (Updated at 3:40 p.m.) An apartment building in the West End filled with smoke Tuesday afternoon as a result of an electrical fire in the basement.

The fire was reported around 2 p.m. at the Foxchase Apartments, on the 100 block of N. Jordan Street, near Duke Street.

Firefighters extinguished the fire, but residents of the 11-unit apartment building will be temporarily displaced as a result of damage to the building’s electrical system. The power to the building has been shut off, a fire department spokeswoman said, and the apartment management company “will work on relocation for the affected occupants.”

A building inspector and the power company have responded to the scene.

Engine and Truck 208 along with surrounding companies arriving with smoke throughout an apartment building in the 100 Block of N Jordan Street. Crews have located an electrical fire on the basement level and are working to extinguish. Battalion 212 has the command. 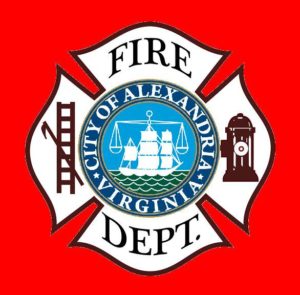 Firefighters from Alexandria, Arlington and surrounding jurisdictions responded Friday night to a two-alarm fire in the Del Ray area.

The fire on the 400 block of E. Bellefonte Avenue was first reported just before 10 p.m. Arriving firefighters encountered heavy fire and sounded a second alarm.

The fire has since been extinguished, though a large emergency response remains on scene.

No injuries were reported. The Alexandria fire union said via Twitter that the fire is believed to have broken out in a dryer.

“Fire began in a dryer and extended through the walls into the cockloft area,” IAFF Local 2141 said via Twitter. “Crews worked quickly to keep the fire from spreading to multiple units.”

#Alert: Multiple units are assisting @AlexandriaVAFD with heavy fire in an apartment building near the 400blk of E Bellefonte Ave. A 2nd alarm has been requested. Follow @AlexandriaVAFD for updates. pic.twitter.com/lkziAaHWNo

No citizens were injured during the fire however, several have been displaced. The incident brought mutual aid from @IAFF2800, @IAFF2068 , and MWAA. 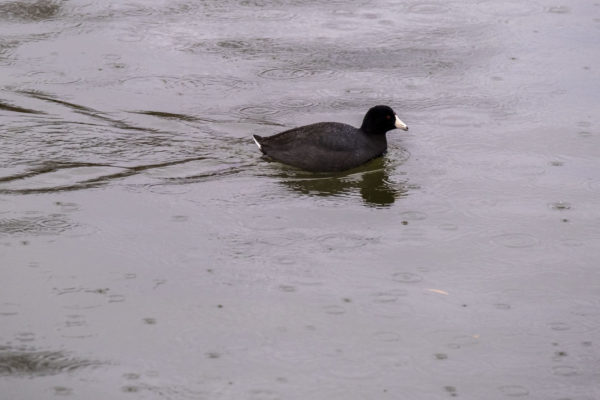 A new mixed-use apartment complex scheduled to open in the West End in early December has debuted three new pieces of public art.

“As the design took form, I began to see the combined forms (in motion) as dancers,” said McDaniel. “That was not by intention, but the association stuck with me, so I settled on the title ‘En Pointe’ which refers to the dance position and describes the fact that each of the sections of the sculpture is balanced on a point.”

“I love the area,” said Selimovic. “Last Summer is my first public sculpture, I’ve always wanted to build big pieces and I finally got the chance to do that in Alexandria.”

Along the nearby King Street, sculptor David Smedley has installed a tile wall titled “The Event” — an op-art, geometric abstraction made up of a mosaic of squares and triangles with a variety of colors.

Array at West Alex has 278 apartment units along with a mixed-use ground floor with multiple retailers.

In addition to a 62,000 square-foot Harris Teeter projected to open in early 2021, the complex has a Sports Clips barbershop, a Lifestyle Nail Salon, and a sushi restaurant slated with early 2020 openings.

(Updated at 1:45 p.m.) Firefighters from Arlington and Alexandria are on scene of an apartment fire in Arlandria.

The fire broke out at a garden-style apartment building on the 3800 block of Old Dominion Blvd shortly before 1 p.m.

A second alarm has been sounded for the blaze, but initial reports suggest the bulk of the fire — which started in one of the apartments — is now out. One person is being brought to a local hospital for reported burns, while another is being evaluated by medics for possible injuries, according to scanner traffic.

Shortly after arriving on scene, firefighters worked to evacuate residents from the smoke-filled structure.

Officials on scene say at least five residents will be displaced by the fire.

Engine and Truck 209 arrived with smoke showing from a 3 story apartment building on Old Dominion Blvd. Engine 209 quickly extinguished a small fire in a terrace level apartment while Truck 209 and surrounding companies assisted several occupants from their apartments. pic.twitter.com/r2DVhsLzzm

The Foundry, a new apartment complex under construction in Hoffman Town Center, is scheduled to open early next year.

“The Foundry is set to open by the end of February 2020,” a spokesperson for the project told ALXnow in an email.

The 16-story building is under construction at 2470 Mandeville Lane in the heart of the Carlyle neighborhood. The Foundry is two blocks away from the Eisenhower Metro stop and near the under-construction Wegmans.

A 12,000 square-foot food hall is also planned for the site. Planned options in the food hall include wood-fired pizza and vegan cuisine, according to Eater. The spokesperson said the February opening is just for the residential portion of the project, not the food hall.

A new apartment complex is scheduled to open in the West End later this year, with a Harris Teeter and a Silver Diner location coming down the road.

Array at West Alex is a mixed-use development at 3445 Berkeley Street — the very northwest tip of the city at the intersection of N. Beauregard Street and King Street, near the Fairlington neighborhood.

The project is scheduled to open to residents on Dec. 1, according to a press release. The development is part of a five-acre urban center, which includes a 62,000 square-foot Harris Teeter scheduled to open in early 2021. Silver Diner, a nail salon, and the Montessori school Higher Ground Education have all also signed leases at the complex.

A companion project — The Nexus, an affordable housing development from the Alexandria Housing Development Corporation at the corner of King and Beauregard — is also nearing the end of its construction timeline with leasing underway as of August. A rental form says the pre-leasing waitlist is now closed.