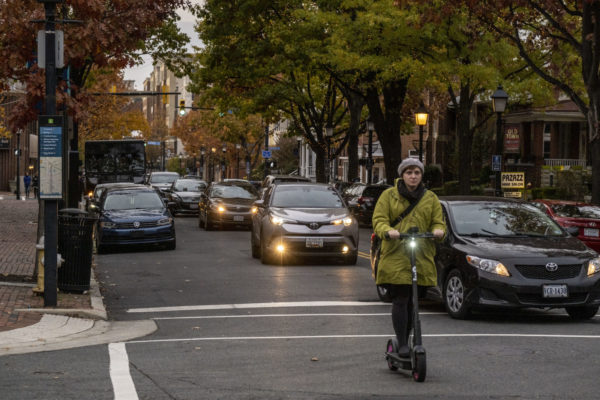 Currently, electric scooters are only allowed on city streets. While some say that rule makes sense for a place like Old Town, there has been discussion in city meetings recently that it might not be the best policy for the rest of the city.

Whereas bicycles are allowed on sidewalks outside of certain areas, like King Street, electric scooters are prohibited from all sidewalks in Alexandria.

The area has seen multiple crashes in the region where scooter drivers were killed by car drivers. In Alexandria, a scooter driver was killed by a car driver in August. At the same time, a study from 2020 found that most scooter injuries occur on sidewalks.

“We did have a pretty robust discussion of whether scooters should be allowed to ride on sidewalks outside of Old Town,” said Commissioner Bruce Marsh. That’s something I think Council should revisit… whether it’s safer for scooters to ride on a street like Duke Street, where I’d argue it’s not safe [as compared to] a sidewalk.”