Alexandria’s City Hall just got an F rating in a new facility report, and long-awaited renovations are still years away.

Redevelopment of the aging site got shelved when the pandemic struck in 2020. The design phase for the $70 million project will get underway next year, as will a public engagement process to renovate the landscaping, plaza and garage structure at Market Square.

The aging home to Alexandria’s government was deemed “functionally obsolete” in a  new Joint Facilities Master Plan Roadmap, which City Manager Jim Parajon presented to City Council and the School Board last week. The roadmap acts as a guide for the bodies to plan for city projects that need redevelopment.

“City Hall had been in a bad shape for a while,” Mayor Justin Wilson told ALXnow. “We have deferred the project a bit to work to better define the scope after the pandemic and address more emergent capital needs, but we will have to address the building soon.”

In 2019, the City was on track to finish its public engagement process for the project, which includes roof repairs, reconfigured offices and window replacements.

City staff say that office spaces will be renovated in FY 2025 at the earliest, according to an October, 2021, CIP presentation to Council. 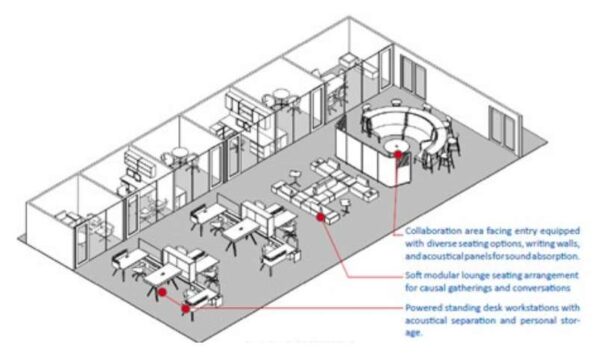 Read about Alexandria City Hall’s history below the jump.

Alexandria City Hall was erected on the site designated for the market and city hall when Alexandria was founded in 1749.

The tall, steepled tower, which contrasts with the building’s Second Empire-style massing and detailing, is a reconstruction of a tower designed by Benjamin H. Latrobe that was part of Alexandria’s 1817 town hall. That hall burned in 1871, necessitating construction of the current building, designed by Adolph Cluss, a locally prominent architect who had designed the U.S. Department of Agriculture building in 1869 and Washington’s Central Market in 1870. The new City Hall was U-shaped around a central courtyard.

Originally, City Hall also housed the Masonic Lodge, court facility, and police and fire stations. Markets Stalls were located on the first floors of the west and north wings and in the courtyard. Today, only City offices remain. On the southern half of the City Hall block is a plaza completed in 1967. Through the years, the City Hall building has undergone several interior and exterior alterations.

In the late 1940s, some interior renovation took place. In 1960-61, an addition was built on City Hall, filling in the old courtyard. The building was reoriented toward the south with the new entrance facing King Street and Market Square, an open, landscape plaza with central fountain, completed in 1967 as part of the Gadsby Commercial Urban Renewal Project. Beginning in 1981, the building was renovated to link the 1871 building and the 1961 addition with new elevators, stairs and corridors.

The current City Hall building houses many of the City government offices, including the second floor City Council Chambers.

–Via City of Alexandria